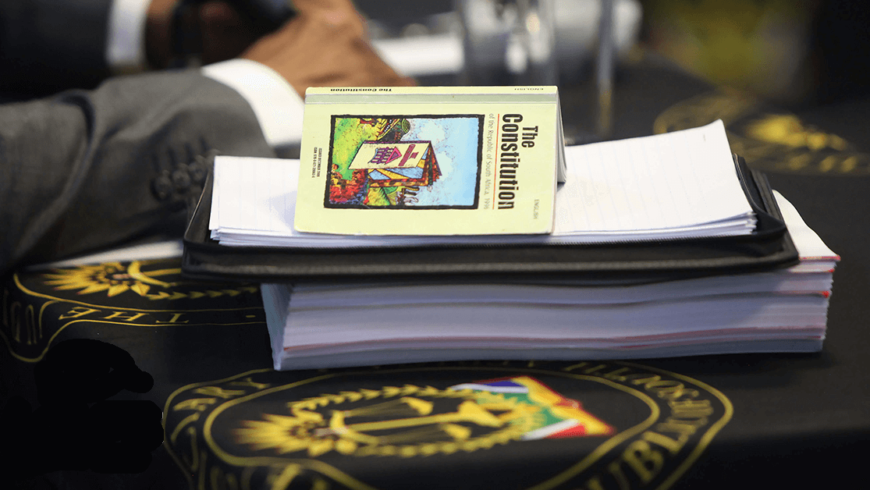 In a Presidential Minute signed on 16 December 2021, then Acting President David Mabuza appointed 23 judges to various High Court divisions. The appointments came ten weeks after the October 2021 JSC interviews, amid growing frustration and concern regarding the slow pace at which the Presidency confirms judicial appointments to crucial vacancies (see here).

A few days after confirming the High Court appointments, on 24 December 2021, the Presidency issued a media statement announcing the appointment of two new Constitutional Court justices, interviewed in the same October 2021 interviews.

Judges Matter takes a look at these appointments.

After the JSC’s October 2021 round of interviews, the President had to appoint judges to four provincial divisions of the High Court, three specialist courts, and the Constitutional Court. These appointments are as follows.

At its April 2021 sitting, the JSC interviewed 8 candidates to fill two vacancies on the Constitutional Court. Those interviews were shambolic (see here), and, after a legal challenge brought by the Council for the Advancement of the SA Constitution (CASAC), the court ordered that they be re-run at the JSC’s October 2021 sitting.

One of the candidates withdrew from the process. The  7 remaining candidates were re-interviewed. Although the October 2021 interviews were a marked improvement on the chaos of the April interviews, the JSC recommended the exact same five names to the President as they had in April.

The two justices chosen are:

The Eastern Cape High Court needed to fill five vacancies at the various courts in the province. The Eastern Cape is unique in having five high court buildings serving the vast province. With the main seat situated in Makhanda, the local seats are Bhisho, Gqeberha, Mthatha and a circuit seat in East London. Judges are appointed to the provincial division and are attached to one or more of the seats as a home base and may rotate among the various seats.

The JSC interviewed a total of 11 candidates. The five successful candidates were:

The Gauteng High Court (like the Eastern Cape, KZN, Limpopo and Mpumalanga), also has two seats. One in Pretoria and one in Johannesburg. Judges may be based at either of the seats, but because they are appointed to the province, may rotate between the two seats.

The JSC interviewed a record 17 candidates to fill 10 vacancies in the Gauteng High Court. The 10 successful candidates are as follows:

The JSC interviewed 7 candidates, to fill 2 vacancies in the Mpumalanga High Court. Although the JSC recommended two candidates, the official Presidential Minute of 16 December 2021 only included one of the two. This could be a simple clerical omission, as the President has no choice but to appoint those candidates recommended by the JSC, in respect of vacancies below the Concourt.

The JSC recommended the following to be appointed as judges in the Mpumalanga High Court, but only the latter was confirmed as appointed:

The JSC interviewed five candidates to fill two judge vacancies on the troubled Western Cape High Court bench. Four or the five candidates on the list were current or former magistrates, and most had held lengthy acting stints in that court.

The two successful candidates were:

The JSC had also interviewed candidates to fill various vacancies in the Specialist Courts, which are courts of a status similar to the High Court, but deal with specialised legal fields. In the October 2021 round, these were the Competition Appeal Court, the Land Claims Court, and the Electoral Court.

The JSC interviewed two candidates for two vacancies on the Competition Appeal Court. Judge Norman Manoim, who spent two decades on the Competition Tribunal before making way to the Bench, was a shoo-in ahead of the interviews and it came as no surprise when he was confirmed. Fellow Johannesburg Judge Denise Fisher was less successful and the JSC decided to leave the second CAC vacancy open.

Considering the importance of land in many people’s lives, and the vibrant land debate that is currently raging, it is quite bizarre that one of the key land reform institutions is in such a poor state. Due to a complex legal issues, the Land Claims Court currently has no permanent judges and many of the judges who serve on it do so in an acting capacity. At the same time, the Court is in transition. A major piece of legislation, the Land Court Bill, is currently before Parliament and it is set to fundamentally change the role and function of the Court. New, permanent judges will soon be appointed to the court.

While the legislation snakes its way through the law-making process, new judges are being appointed as a transitional measure. These judges are permanently attached to the provincial divisions of the High Court but will be seconded to the Land Claims Court. Once the legislation is passed, these judges will form the first cohort of the new Land Court.

At its April 2021 sitting the JSC interviewed two candidates, including a sitting judge and a magistrate, and recommended the latter to fill the KZN-based post. At the same sitting, the JSC could not attract any candidates to fill the Gauteng-based and had to readvertise. Only one candidate was shortlisted and following an interview during the October 2021 round, that single candidate was successful.

Acting President David Mabuza confirmed both appointments at the same time, and they are (both seconded to the Land Claims Court):

In March 2021 we raised concerns (here) about the high number of vacancies on the Electoral Court and the risk this poses to the then upcoming Local Government Elections. At the time, there were two judge vacancies and one non-judge vacancy in a 5-member court. We urged the JSC to fill these vacancies without delay. In the meantime, we learnt that two retired Electoral Court judges had been brought back from retirement to bridge the gap.

Acting President David Mabuza confirmed the appointment of the following new judges to the Electoral Court: