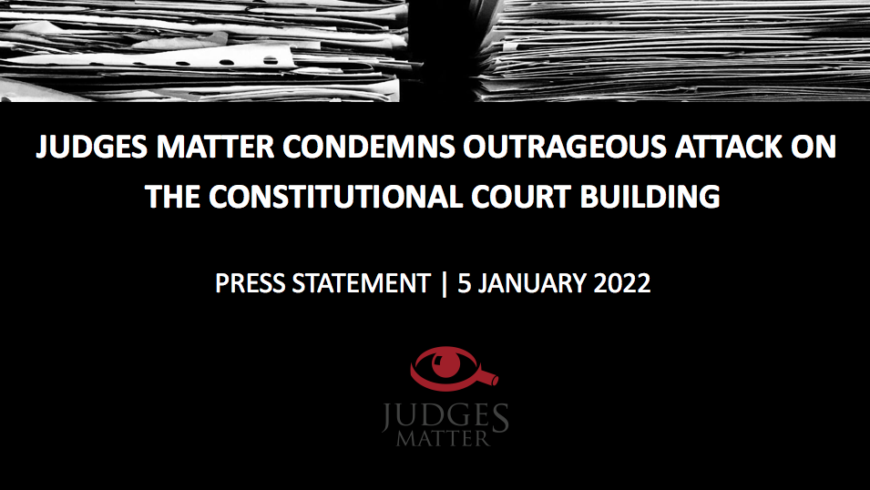 Bullets fired into Concourt building are a grave attack on the judiciary and democracy.

Although it’s not clear at this stage whether this relates to the release of the report of the Zondo Commission into State Capture, it is nevertheless gravely worrying. Judges Matter condemns this outrageous attack on the Constitutional Court building as a symbol of our judiciary and constitutional democracy in South Africa.

The bullets fired into the Constitutional Court building come only a few days after a devastating fire ravaged the National Assembly building. We call on law enforcement authorities to act swifty to investigate, arrest and prosecute those responsible for this damage and to take urgent measures to protect critical institutions of our democracy.

Earlier today, Judges Matter learnt with shock that there was an attack on the Constitutional Court building. Social media images showed what looked like bullet holes on the front windows of the historic building. Police reports have now confirmed that these holes were in fact inflicted by a 36 year-old man with a hammer.

Judges Matter is relieved that the suspect responsible for this attack has been arrested and we commend the SA Police Service for its swift action. We nevertheless remain concerned that a person can, by hand, cause such extensive damage to a National Key Point. We shudder to think what could have happened had he had a more powerful weapon.

Judges Matter therefore calls on government to take urgent measures to protect critical institutions of democracy from harm while at the same making sure that they remain accessible to ordinary South Africans.

About Judges Matter
Judges Matter is an independent transparency project that monitors the appointment of judges, their discipline for misconduct and the governance system of the judiciary in South Africa. For more information visit: www.judgesmatter.co.za and follow @WhyJudgesMatter on Twitter.

Click here for the STATEMENT FROM THE MINISTER OF JUSTICE 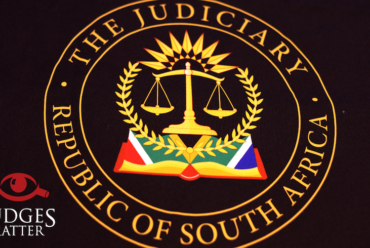 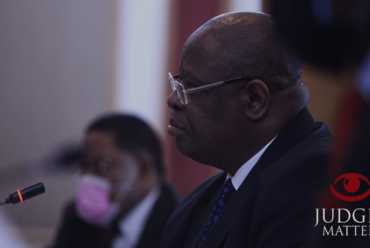