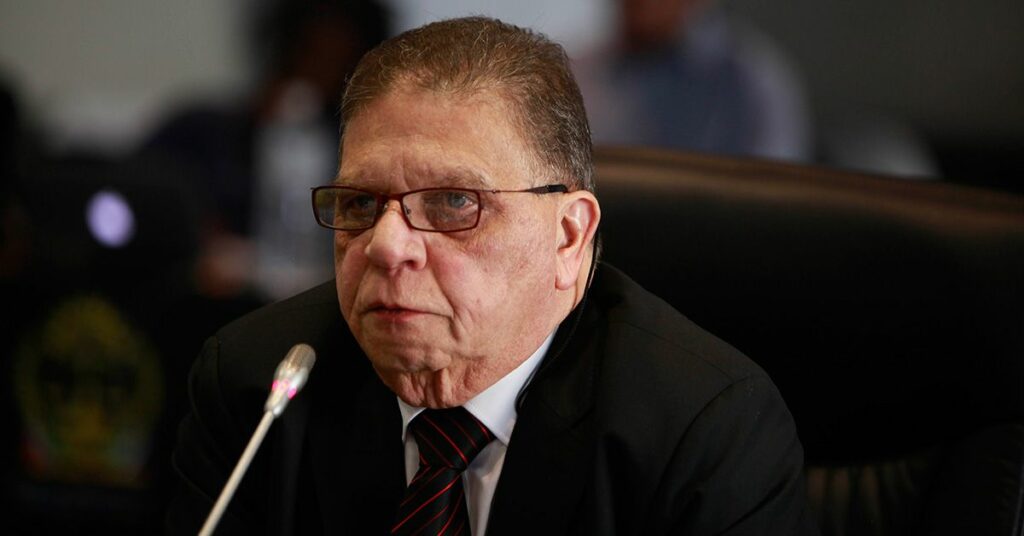 In the first complaint, Judge Parker is accused of the cardinal sin of lying under oath by first deposing to an affidavit saying that he was physically assaulted by Judge President John Hlophe and then, a year later, retracting that version in a contradictory affidavit. The Judicial Conduct Committee found that this lie might constitute gross misconduct worthy of impeachment and therefore recommended a Tribunal would be best-placed to investigate.

In the second complaint, the Cape Bar Council accused Judge Parker of misconduct for not disclosing pertinent information in his application and at his interview to be a judge, and effectively lying by omission. This information relates to the professional affairs of his former law firm, which is accused by the Legal Practice Council of possibly misusing over R8 mil of client monies (through running up a deficit in a client’s trust account) and that Parker had a role in this as a partner in the law firm. This complaint was also referred to the Tribunal as, if substantiated, it may lead to a finding of gross misconduct for which Parker might be impeached.

Although more than a year has passed since the complaint was laid and the JSC recommended a tribunal, no date for the Tribunal hearing has been set.

WHO IS JUDGE MUSHTAK PARKER?

25 February 2019: Western Cape High Court Judge Mushtak Parker deposed an affidavit under oath that he was assaulted by Western Cape Judge President John Hlophe in his chambers on 25 February 2019. He does not submit a formal complaint either to JSC or to the police, but asks fellow Judge Derek Willie to keep a copy for safe-keeping.

January 2020: Western Cape Deputy Judge President Patricia Goliath files a 14-page complaint with the JSC against her boss, Judge President Hlophe, and his wife, Judge Gayaat Salie-Hlophe. Referenced therein is the physical assault of a Judge, unnamed at the time but widely rumored to be fellow Judge Mushtak Parker.
Immediately after Goliath’s complaint is lodged to the JSC, a year after the alleged incident, Parker attempts to retrieve the affidavit from Judge Wille’s safekeeping and retract the statements in it.

7 February 2020:  Judge President Hlophe responds to the Goliath complaint and lays a counter-complaint against Judge Goliath.
In his affidavit, JP Hlophe denies having assaulted Parker and accuses DJP Goliath of making malicious allegations, based on rumour and gossip. Citing therein, “Parker had agreed that “no assault by the Judge President whatsoever took place in his chambers.”

23 March 2020: Fellow Judge Dennis Davis, deposed an affidavit confirming the validity of the initial assault complaint but also that he, alongside fellow judges in the Western Cape High Court, were told about the assault and their role in the Parker affidavit deposition.

31 March 2020: The Cape Bar Council lodges a complaint with the JSC against Judge Mushtak Parker with regard to his conduct and knowledge of an alleged R8-million shortfall in the trust account of a legal firm he helped establish, and Parker’s failure to make this known to the JSC at the time of his initial interview.

29 April 2020: Judge Willie submits an affidavit to the Judicial Conduct Committee regarding the Parker affidavit, at the request of the Chief Justice. (this affidavit was filed in connection with the complaint lodged by DJP Goliath against JP Hlophe). In the affidavit, Wille confirms the sequence of events which led to Parker deposing to the initial affidavit in 2019, detailing the assault, and his (Wille’s) role in the drafting and safekeeping of the affidavit.

29 May 2020: The two complaints, by the 10 judges and the Cape Bar Council, are referred to the Judicial Conduct Committee by Chief Justice Mogoeng Mogoeng

14 October 2020: The JSC  announced that it met on 9 October 2020 to consider the recommendations of the JCC and the submissions made by ten Judges of the Western Cape Division of the High Court and the Cape Bar Council on the misconduct complaints against Parker.

The JSC resolves to adopt the JCC’s recommendation and request, (in terms of section 19 of the JSC Act), that the Chief Justice appoint a Tribunal to determine whether Judge Parker committed gross misconduct, by lying under oath about the alleged assault of Judge Hlophe, and also in relation to the affairs of his former law firm.
The JSC also announces that it had advised President Cyril Ramaphosa to suspend Judge Parker pending the findings of a Judicial Conduct Tribunal into gross misconduct. Parker’s suspension was on condition that he finalised part-heard and reserved judgments, and it was to endure until the complaints were finalised by the Tribunal.  Noteworthy at the time was that the suspension was a “constitutional first since democracy”.

WHAT IS JUDGE PARKER’S TRIBUNAL ABOUT?

In both the Ten Judges and Cape Bar Council’s complaints, Judge Mushtak Parker is accused of misconduct so extremely serious that it constitutes gross misconduct.

In terms of section 177 of the Constitution, there are only three grounds upon which a judge may be removed from office: incapacity, gross incompetence and/or gross misconduct. The Judicial Conduct Tribunal is the only body with the jurisdiction to investigate these grounds and make a finding which may lead to a judge being removed from office.

In relation to Judge Parker, both complaints have been preliminarily found to be at the level of gross misconduct.  The Judicial Conduct Tribunal therefore must investigate both complaints.

In relation to the first complaint, Judge Parker is accused by Ten Judges of the Western Cape High Court of lying under oath about an assault on him by Judge President Hlophe.

Integrity is central to an independent judiciary and the trust the public stores in its judges. The rendering of conflicting, mutually destructive versions in an affidavit under oath is the most serious violation of integrity.

In relation to the second complaint: the Cape Bar Council alleges that Judge Parker failed to disclose crucial information about the professional affairs of his law firm when he applied to be a judge, and effectively lied by omission. Judge Parker’s failure to disclose relevant information he applied to be a judge similarly raises questions about his integrity. If substantiated, this could also lead to a finding of gross misconduct as Judge Parker would have:

The  Judicial Conduct Tribunal must therefore fully investigate both complaints and get to the truth.
The Tribunal may conduct its investigation through:

In both the Ten Judges’ and the Cape Bar Council’s complaints, Judge Mushtak Parker is accused of extremely serious (gross) misconduct, which will in all likelihood lead to his impeachment and removal from office, should he be found guilty.

According to Section 177 of the Constitution;

(1) A judge may be removed from office only if—

(2) The President must remove a judge from office upon adoption of a resolution calling for that judge to be removed.
(3) The President, on the advice of the Judicial Service Commission, may suspend a judge who is the subject of a procedure in terms of subsection (1).

In order for a judge to be impeached the National Assembly must vote for impeachment by a two thirds majority.