The four candidates for Chief Justice: What are their chances? 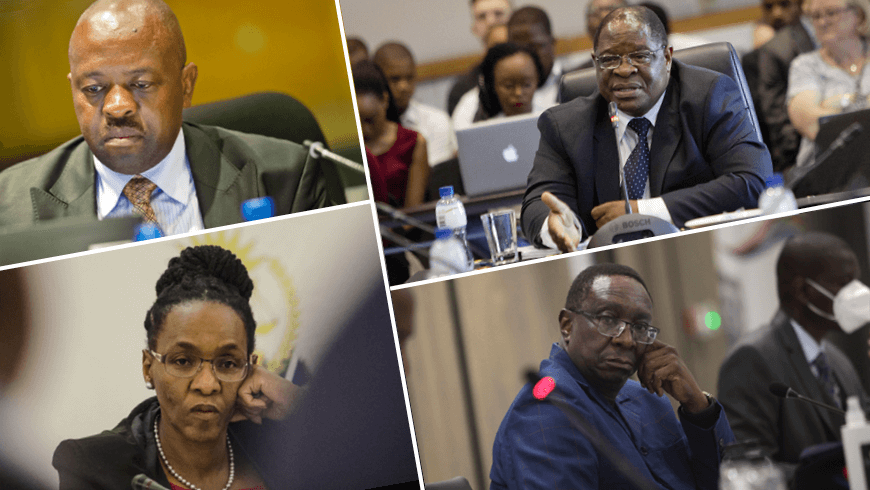 The four candidates for Chief Justice: What are their chances?

With the public interviews now only days away, the race (or maybe marathon?) for Chief Justice of South Africa is reaching fever pitch. For the first time in history, four exceptional candidates are in the running for the top post in the country’s judiciary. In this article, we note the unique qualities that might boost their chances of getting the job, and those that might weaken them. Before doing so, it’s important to discuss the kind of qualities needed for the modern Chief Justice.

QUALITIES NEEDED TO BE CHIEF JUSTICE

Over the last century, the role of the Chief Justice has evolved from being a largely ceremonial head of the apex court – the first among equals – to now being the head of the large and complex institution which is South Africa’s modern judiciary. The qualities required of the CJ of the past differ starkly from those required today.

The modern Chief Justice must first be an intellectual leader, able to lead a Constitutional Court that deals with weighty and complex issues, and produce high-quality judgments that are both impactful on the law and are persuasive to both judges and lawyers. The CJ needs a reputation of utmost integrity and ethical conduct, as they will need it to foster ethics among judges and enforce the Judicial Code of Conduct.

The Chief Justice needs an independent mind, with a demonstrated commitment to the values of equality, dignity, freedom and human rights in the Constitution. The Chief Justice is the number one judge in SA and needs to be the judiciary’s chief diplomat, able to speak confidently for the judiciary in ways that promote the administration of justice, enhance the reputation of the judiciary and affirm the Rule of Law in SA and abroad. 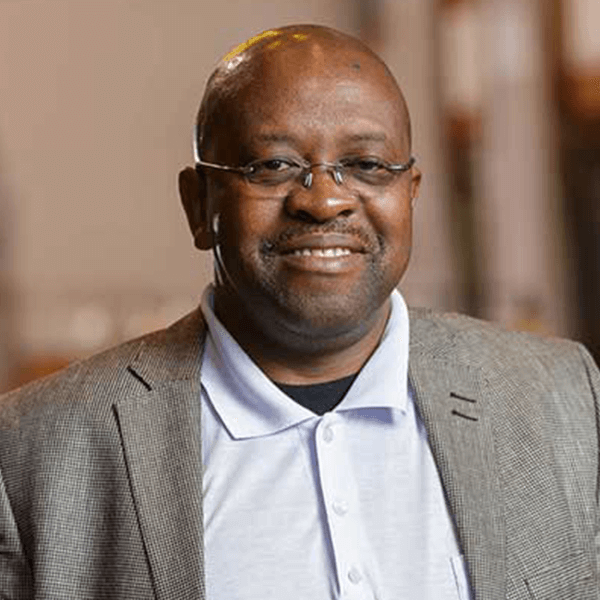 Justice Madlanga has an impressive track record of written judgments which suggests that he would be a strong intellectual leader of the judiciary.  His New Nation Movement judgment confirmed that independent candidates may run for office at national level. In the Corruption Watch case he set aside former NPA boss Mxolisi Nxasana’s R14mil ‘golden handshake’ by President Zuma, including declaring  Advocate Shaun Abrahams’ appointment as NPA boss to be unlawful. The Daniels v Scribante judgment is a seminal treatment of the court’s approach to the topical land question. Madlanga has also published widely on the interplay of business and human rights, judicial ethics, and constitutionalism, and also sits as editor of the influential SA Judicial Education journal. He has held visiting professorships universities locally and abroad. As a judge of the Constitutional Court since 2013, he has the advantage of significant experience in the operations of the highest court. In recent times, he has been the presiding judge in many hearings and seems to command the respect of his colleagues. With his retirement only in 2025, he has a year longer left on the court than the other candidate, DCJ Zondo, who retires in 2024. Although it might still be felt that Madlanga does not have as much time left as would be ideal. (See below)

Although he appears to be an intellectual leader, Justice Madlanga has significantly less formal leadership experience than any of the other candidates, having never held a permanent judicial leadership position. It might therefore be felt that his administrative skills are too much of an unknown quantity. Although he has more time left of his tenure on the Court than DCJ Zondo, it might be that it is necessary to appoint a Chief Justice who is able to serve for a longer time. For example, Chief Justice Mogoeng’s tenure lasted for 10 years. Justice Madlanga would have just over three years, by our estimation. 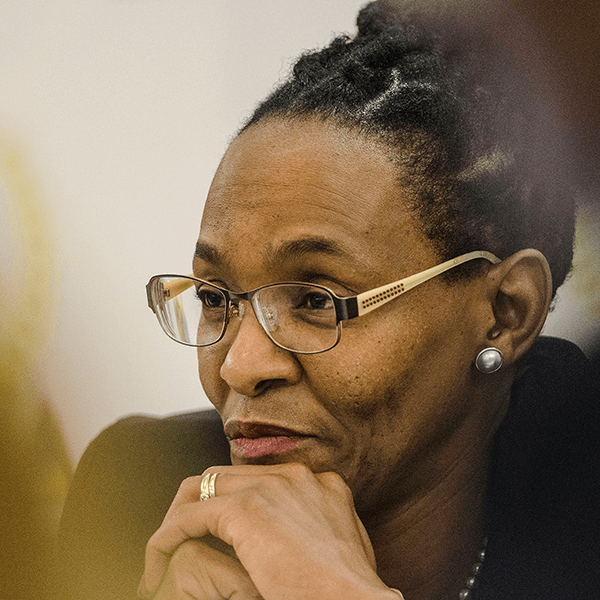 The first clue is in the “she”. There is a significant movement for the next Chief Justice to be a woman (there has never been a female Chief Justice in SA’s entire history). As the President of the Supreme Court of Appeal (SCA) since 2017 and Deputy President of that court since 2015, she has a clear track record of heading a busy court with a reputation of high performance. Fellow SCA judges over several interviews spoke of how Maya successfully led the SCA through a difficult transition where it had to deal with racial and gender hostilities among the judges, including allegations of bullying. Maya is also credited with being innovative, having led the almost seamless transition to online hearings for the Appeal Court, when the country was still under hard lockdown. And despite the extent to which the judiciary has been drawn into political controversies over recent years, Justice Maya appears to have “kept her nose clean” and would likely be seen as a politically safe choice. She also satisfies the diplomacy criterion, having been elected the West/Southern Africa Regional Director of the International Association of Women Judges. Maya would also not have her time as Chief Justice restricted by term limits, as is the case with the two candidates from the Constitutional Court, Justice Madlanga and DCJ Zondo.

Justice Maya served as an acting judge of the Constitutional Court in 2012, but although she has previously been a candidate for appointment, she has never served as a permanent judge of that court. By convention, the leader of the judiciary is drawn from the highest court, and there  may be a view that it would not be healthy for the collegiality of the Court to bring in a judge from the outside to lead judges who were previously more senior to such a Chief Justice. Some of the controversy over Justice Mogoeng’s appointment as Chief Justice centred on how he was one of the most junior judges on the court when he was appointed as Chief Justice. There could be concerns about a lack of continuity and institutional knowledge of the Constitutional Court if a candidate is brought in from outside the ranks of the current Constitutional Court judges. 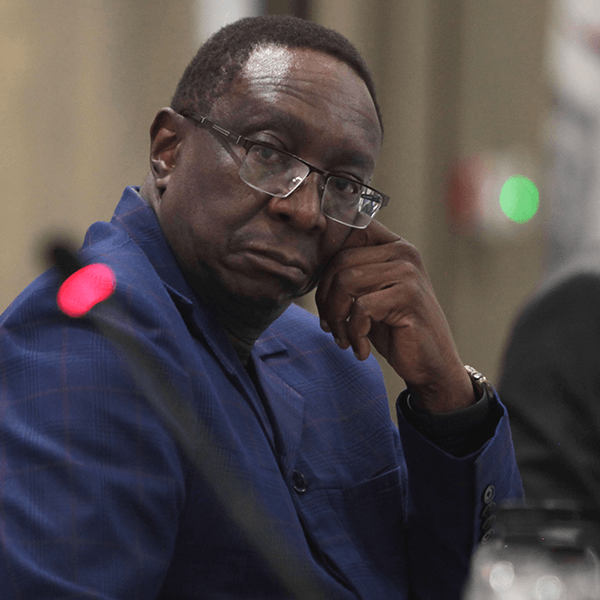 Judge President Mlambo has impeccable credentials as a judicial leader. He has served as judge president of two of the busiest courts in the country – the Labour Court and the Gauteng High Court – and is very highly regarded by the legal profession as an innovative and savvy leader. The Gauteng High Court is so far the only court system that operates a virtual case management system where the entire case can be dealt with online from start to finish. He is also a jurist of some standing, having served as a judge of the SCA for several years before moving into judicial leadership. He also fits the diplomacy criterion, having represented the SA judiciary on numerous events abroad, including currently serving as Africa Chapter president of the International Association of Refugee and Migration Judges. As with Justice Maya, he would also be able to serve for a lengthy term, unencumbered by the term limits which impact on existing judges of the Constitutional Court.

The Gauteng High Court has been at the centre of many of the politically controversial cases that have found their way to the courts in recent years, and Judge President Mlambo has himself sat in many of them, as it is a convention for judicial leaders to take the responsibility for hearing the most high-profile cases. This may have the rather unfair consequence of the Judge President being seen as a politically controversial appointment. For reasons which are not clear, Judge President Mlambo has until this year not acted as a judge of the Constitutional Court, much less served as a permanent judge of the court. So, as with Justice Maya, he might be seen as too much of an “outsider” to be appointed ahead of judges who are already members of the Constitutional Court. 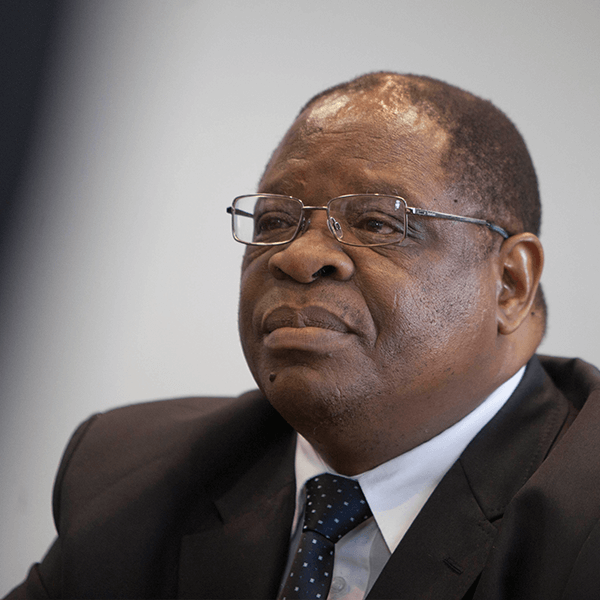 Continuity. Having served as Chief Justice Mogoeng’s deputy for the past four years, it would be a logical transition for DCJ Zondo to take over the top job – although there is no automatic practice of the deputy succeeding the Chief Justice, as the confounding failure to appoint Justice Moseneke as Chief Justice on multiple occasions shows.  DCJ  Zondo is one of the most prolific authors of Concourt judgments, having written 57 judgments since he first joined the court in 2012, a feat few others have achieved. Zondo also has significant leadership experience, having been the long-time Judge President of the Labour Court and the Labour Appeal Court. His October 2021 chairing of the  JSC interviews has also earned him some plaudits, with commentators noting the dignified yet rigorous way the interviews were conducted. His recent chairing of the State Capture Commission also appears to have made him something of a hero in some circles, as the face of the fight against corruption and bad governance.

Most of the factors listed above also potentially work against him. Many concerns about the running of the Labour Court were expressed during the JSC sitting in April 2010, at the end of his tenure heading that court. This may call the strength of his administrative skills into question.  Similarly, questions may be asked about the many delays which have beset the State Capture Commission. The Commission’s work has also made the Deputy Chief Justice unpopular in some political quarters, particularly regarding the saga of former President Zuma’s refusal to testify. This may cause DCJ Zondo’s appointment to be seen as too politically contentious.  But perhaps most pertinent is that DCJ Zondo has only just over two years left of his tenure as a Constitutional Court judge before he has to retire. There is some precedent for a short stint as Chief Justice – Justice Sandile Ngcobo served as Chief Justice for just under two years. It may well be felt, however, that this is too short a time to have a Chief Justice in office, and that it would be preferable to select a candidate who will have more time to implement their vision for the judiciary.

THE JSC INTERVIEWS ARE CRUCIAL TO WATCH

All four candidates will be interrogated on their vision for the judiciary in the JSC interviews from 1 to 4 February 2022 in Johannesburg. We expect commissioners to ask questions on some of the factors we have identified above but particularly on the qualities needed for the role of chief justice. The JSC in the recent past has not covered itself in glory when it comes to how it conducts interviews. We hope that lessons have been learnt and systems of improvement have been put in place, chief among which is a clear set of criteria to ensure fairness to all candidates but also focus on a vitally important task. These interviews are ones to watch.