The Chief Justice appointment process: Where are we now and what happens next? 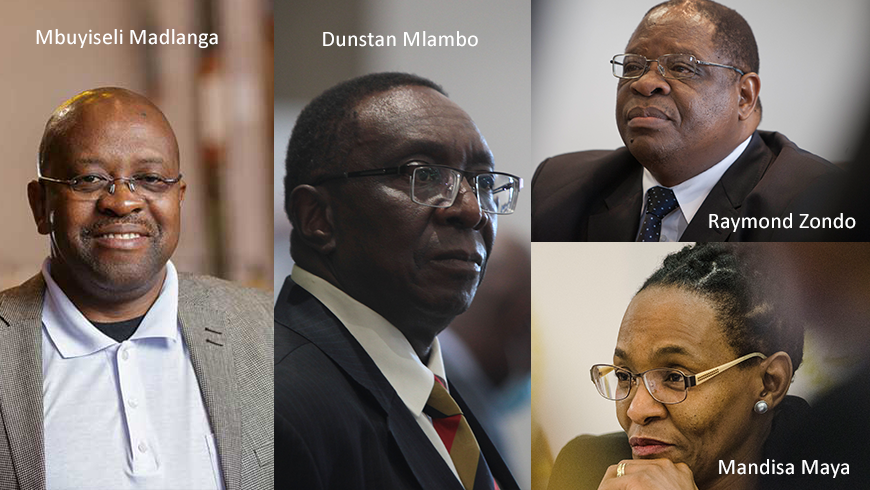 The Chief Justice appointment process: Where are we now and what happens next?

On 16 September 2021 President Ramaphosa kicked-off the process of selecting South Africa’s next chief justice by making an unprecedented call for nominations from the public. Although it came only 20 days before the retirement of outgoing Chief Justice Mogoeng Mogoeng, this historic break from past practice is a boost for transparency and participatory democracy, and we believe it is more likely to deliver a good candidate for chief justice.

In a previous article Judges Matter explained the five-stage process of how this would unfold. In this article, we recap the process so far, but also cast an eye forward on what will happen next.

On 16 September 2021 President Ramaphosa announced that he would be inviting the public to nominate their preferred candidate for chief justice. The nomination criteria were rudimentary: the nominator had to give reasons as to why the nominated candidate qualifies to be chief justice based on their experience as a lawyer and/or judge, and state their leadership experience if any. The nomination had to be endorsed by a legal professional body or a human rights organisation. The deadline for nominations was 1 October 2021.

According to the presidency (see here), 148 public submissions were received, nominating 25 names. Some names received more than one submission. Of these 25, the presidency says, only 8 met the formal (largely administrative) criteria set out in the public call by the president.

Alongside the public call for nominations, the President also announced the appointment of a panel of six eminent persons, chaired by Judge Navi Pillay and featuring Thuli Madonsela, Steve Letsike, and others (including, perhaps less eminent, former Minister Jeff Radebe).

The panel was tasked with shortlisting 3 – 5 nominated candidates in an open, transparent, and expeditious manner.

From the longlist of 8 names nominated by the public, the Pillay Panel had to draw up a shortlist, which they then sent to the President, with a report. This was submitted to the Presidency on 29 October 2021.

Two weeks later, on 18 November, the President whittled down that long list to a shortlist of four candidates to be interviewed by the Judicial Service Commission. These candidates were Zondo, Madlanga, Maya and Mlambo.

The  JSC indicated (see here) that they had received the president’s request for consultation on 18 November and would, as expected, hold public interviews with the nominees.

However, in a surprising twist, the JSC also requested the four nominees submit formal nomination forms with supporting documents attached. The JSC would also call for public comments on the candidates. This was surprising because it essentially duplicated the work that had already been done by the Presidency.

Significantly, the JSC announced that it would hold public interviews from 1 to 4 February in Johannesburg. Each candidate will be interviewed for a day, and the JSC will deliberate on all candidates on Saturday, 5 February 2021.

Although most of the JSC panel will be the same as in other interviews, there will be slight changes. As the vacancy sits with the position of the Chief Justice, and two of the people who would by natural succession qualify to fill that seat on the JSC (Deputy Chief Justice Zondo and Supreme Court of Appeal President Maya) are both being interviewed, alternate representatives would need to be selected to fill those seats. The JSC selected SCA Deputy President Xola Petse as the chairperson of the session. The alternate Supreme Court of Appeals representative is still to be announced.

Following its interview and deliberations, the JSC will send the list of four names back to the President with a report. In that report they will indicate where any, or some, or all of the four candidates are suitable for appointment as chief justice. They may also indicate (and even rank) their preferences.

Are the JSC’s view binding on the president?

Although the JSC’s views and recommendations on each candidate are important, they are nevertheless not binding on the President. However, this does not mean that he can completely disregard them. If, for example, the JSC raises serious concerns about a particular candidate, the president must take these concerns seriously and explain why, despite the JSC’s misgivings, he still decided to appoint the candidate. Should he fail to do so, this decision would be deemed irrational in law and may be set aside by a court.

By our calculation, the open and competitive process the President announced in September was relatively straightforward and should have delivered a new chief justice by the end of 2021. There were however inexplicable delays in the process. As the days ticked by, our angst grew. The 1 February, marks an astounding 115 days without a permanent person in the office of the Chief Justice. (see the countdown clock here: www.judgesmatter.co.za ).

Although the president is required to consult the JSC and leaders of political parties in Parliament, the decision ultimately rests on his shoulders.

Following this extensive consultative process, the President will select one of candidates shortlisted and appoint them as chief justice. The announcement will be followed by the chief justice taking his or her official oath of office before either the Deputy Chief Justice or the next most senior justice of the Constitutional Court.

We do not expect that will take any longer than the end of February 2021 – which will be an unprecedented 200 days without a chief justice in office! Time is of the essence and the president needs to act quickly!

See all the details about the interviews here

Read the DGRU report on the four candidates here

Learn more about the important role of the chief justice here