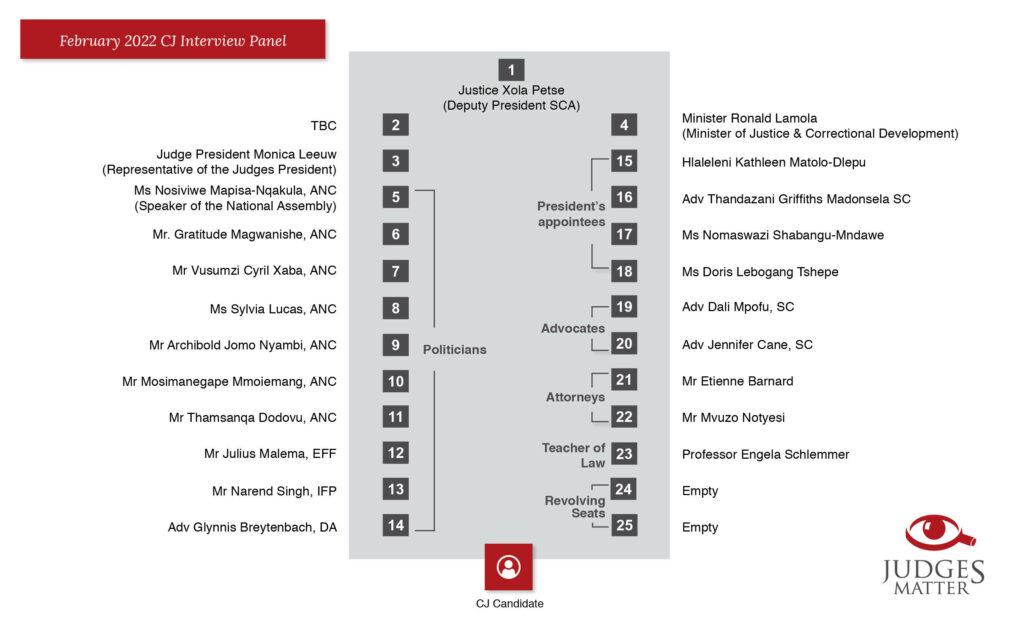 Having so many candidates running for the top job in the judiciary is unprecedented and brought with it its own challenges. The JSC usually convenes in April and October of each year, so it needed to convene a special sitting for these interviews.

But the other challenge was, who would chair the JSC session? There is a vacancy in the Chief Justice post, and both the Deputy Chief Justice and President SCA are now candidates to be interviewed.

So, through a process of elimination of the judicial ‘line of succession’, the JSC settled on SCA Deputy President Xola Petse as the person who will chair the special sitting to interview the chief justice candidates.

Another kink in the chain is that section 178(1)(b) the Constitution requires the president of the SCA (or her Deputy, if she is unavailable) to also be present at JSC sittings. With the president (Justice Maya) being one of the CJ candidates, and the Deputy President (Justice Petse) chairing the sitting, another SCA judge will need to be designated to take up this position.

The rest of the JSC panel (see the full discussion of the different positions here) is as follows:

This is a general description of where commissioners sit to be used as a guideline. Commissioners may switch the order of seating amongst themselves.