Can electoral democracy survive the pandemic? 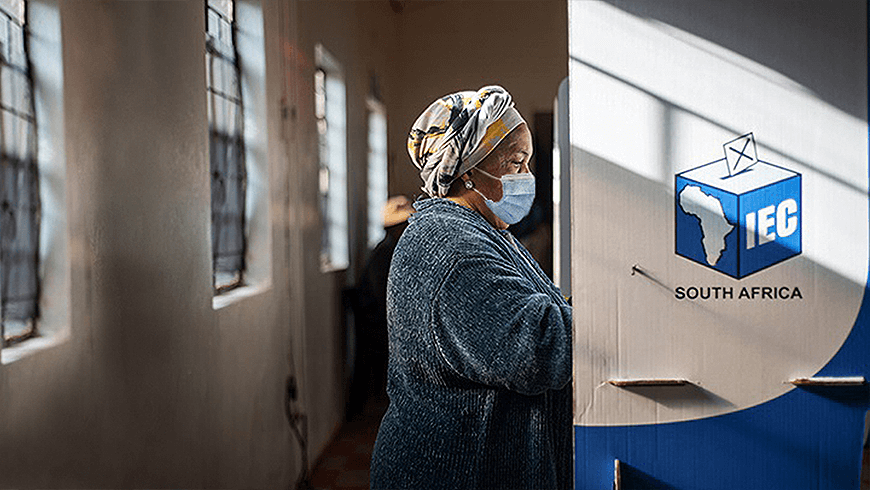 Can electoral democracy survive the pandemic?

THE CURIOUS CASE OF THE ELECTORAL COURT

Still caught in the grip of the COVID-19 pandemic, very few South Africans would have noticed that 2021 is an election year. While the campaigning has not yet officially started, the debate about the timing of the local government elections is in full swing. By law, the elections must take place between August and November this year. Some parties are calling for their postponement. In the midst of this debate, a crucial institution in the elections process finds itself facing severe institutional challenges, with a high vacancy rate and no immediate prospect of these vacancies being filled.

We need to talk about the Electoral Court.

About the Electoral Court

Along with the Independent Electoral Commission (IEC), the Electoral Court is one of two institutions responsible for the smooth-operation of the electoral system. The Electoral Court was established in 1996 as the successor to the Special Electoral Tribunals which were set up to handle disputes arising out of 1994 democratic elections.

The Electoral Court is a specialist court with the same status at the High Court. It deals with any disputes arising from the conduct of elections, including interpreting electoral law, enforcing the Electoral Code, and reviewing the decisions of the IEC on any electoral matter.

The Electoral Court is a specialist court with the same status at the High Court. It deals with any disputes arising from the conduct of elections, including interpreting electoral law, enforcing the Electoral Code, and reviewing the decisions of the IEC on any electoral matter.

In the last few years, the Electoral Court has dealt with disputes as varied as the registration of Andile Mngxitama’s Black First Land First, the late payment of the National Freedom Party’s registration fee, the internal electoral conferences of the ANC, allegations of unregistered voters being bussed into Tlokwe, and the removal of former IEC chairperson Pansy Tlakula.

The Electoral Court also has exclusive jurisdiction to decide disputes arising out of the recently-commenced Political Party Funding Act of 2018, including interpreting any provision of the law and imposing fines for contraventions. The first declarations of party funding are due by July 2021, and the Electoral Court may be called upon to resolve any disputes.

“Unique among all courts, mainly due to the nature of elections, is that all cases in the Electoral Court are urgent.”

When hearing cases, the court usually sits en-banc (with all its members present) – although this is not a legal requirement. Because elections happen only once every few years, except for by-elections which happen more regularly, the Electoral Court is also ad-hoc (sitting only when it has a case before it). Unique among all courts, mainly due to the nature of elections, is that all cases in the Electoral Court are urgent. This means that they must be dealt with within days of an electoral dispute being filed. Time is of the essence, and members of the Electoral Court are required to drop everything and immediately attend to the dispute (usually at the Johannesburg High Court).

The composition of the Electoral Court

The Electoral Court has five members:

Judge Boissie Mbha is the current chairperson, and Ms Sungaree Pather is one of the non-judge members.

All the three other positions are currently vacant.

How did the Electoral Court end up sitting with only two out of five of its members?

There are two causes: the first is the non-filling of vacancies, and the second is retirement.

The Judicial Service Commission (JSC) is responsible for interviewing and recommending candidates for the president to appoint to the Court. 2019 was the last time the JSC sat to interview candidates for the non-judge vacancy on the Electoral Court, and none of the candidates were deemed appointable. No interviews happened in 2020, largely because of COVID-19, even though the JSC could have held a COVID-compliant sitting. The two judge-members of the Electoral Court (except for the chairperson) were both appointed in 2017 for a term of four years, which expired on Valentine’s Day 2021. Although Judge Colin Lamont could have sought a second term, he chose not to do so. Judge Lötter Wepener had already served a full term before he resigned in the final year of his second term.

The crisis in leaving vacancies open on the Electoral Court

What this all means is that the Electoral Court will only sit with two out of five of its permanent members during an election year. This has major implications for the 2021 Local Government Elections and the by-elections that will likely precede them.

One immediate impact on the Electoral Court is the loss of institutional capacity and institutional memory. Judge Wepener has written the overwhelming majority of the judgments of the Court over the last eight years – his departure will immediately be felt. To remedy this, Chairperson Judge Mbha, a senior judge of the SCA, will have to step up and deal with all cases alongside Ms Pather. But with only two members left, a disagreement between them will mean that the decision of the Electoral Court will be inconclusive, necessitating an urgent appeal to the SCA in Bloemfontein; meaning the electoral dispute will remain unresolved for much longer than it ordinarily should. To avoid this situation, and remedy the loss of institutional capacity and memory, two former members of the Electoral Court have been called up from retirement to act as members. They are former chairperson Judge Jeremiah Shongwe, and Judge Seun Moshidi.

No interviews for these vacancies in April 2021

In late January 2021, the JSC released a shortlist of candidates who will be interviewed in April for judicial vacancies in courts all over the country. Conspicuous in its absence was the Electoral Court. No candidates have been shortlisted for both the non-judge and judge vacancies. In an April 2020 media statement, the JSC had explained that it had left the judge vacancy open as they had received no applicants, while the non-judge vacancy would be dealt with later. We understand that subsequent adverts for the judge vacancy have still yielded no applicants. This is a troubling development, considering that there are well over 200 high court judges who could sit as Electoral Court judges.

The JSC needs to do its job and fill these positions

The JSC’s failure to adequately plan for the vacancies arising now means that the Electoral Court, a crucial institution in the advancement of South Africa’s democracy, must scramble to call up judges from retirement to save it from institutional crisis.

This is a situation that could easily have been avoided had the JSC paid closer attention to the ‘human resources’ function of its role in appointing judges – which is to ensure that all courts are timeously and adequately staffed by judges with the requisite capabilities. The JSC seemingly also needs basic planning ability.

The JSC’s failure to adequately plan for the vacancies arising now means that the Electoral Court, a crucial institution in the advancement of South Africa’s democracy, must scramble to call up judges from retirement to save it from institutional crisis. The JSC needs to urgently do its job. We call for a special JSC sitting in July 2021.