The JSC must hold a special sitting in July 2021 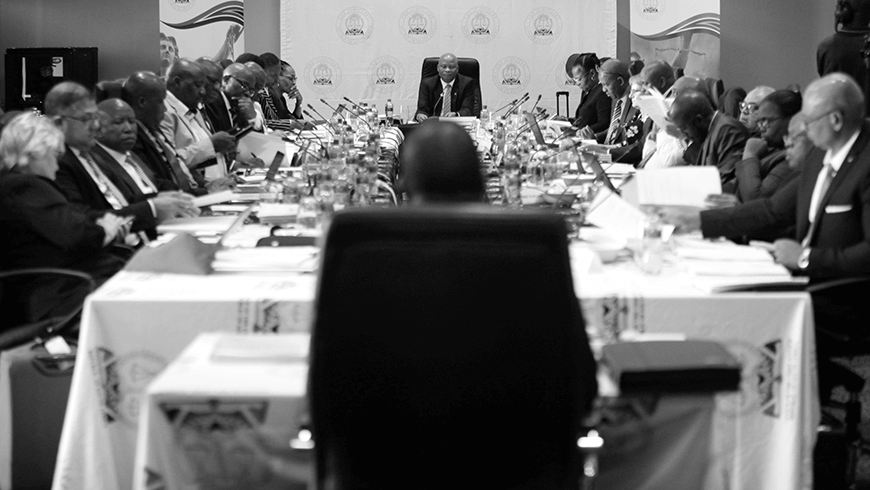 The JSC must hold a special sitting in July 2021

The Judicial Service Commission (JSC) is sitting for an unprecedented ten days between 12 and 23 April 2021 to interview candidates for judgeships at courts across the country.

After the last interviews in October 2019, the JSC had to postpone its April 2020 sitting due to the COVID-19 lockdown, and did so again in October 2020, so while this seems like a particularly long sitting, it is not surprising as the JSC has never gone a whole year without interviewing any candidates.

Despite this long sitting, and its best efforts, the JSC is still unlikely to fill all the vacancies they have shortlisted for and this is why we are calling for a special sitting in July 2021.

The April 2021 sitting of the JSC will see 88 candidates being interviewed for nearly 30 vacancies at 12 courts across all 9 provinces, including the Supreme Court of Appeal and the Constitutional Court, the highest courts in the land.

Many of these vacancies arose during the past year but some are longstanding. Take, for example, one of the two vacancies at the Concourt. This vacancy was caused by Justice Edwin Cameron’s retirement in August 2019 but was left unfilled in the JSC’s October 2019 sitting. The other vacancy was caused by Justice Johan Froneman’s retirement in May 2020. By the time the two replacements for these seats adorn their green robes, three more vacancies would have arisen or will be imminent – including that of the Chief Justice. This is why it is crucial that the JSC hold a special sitting in July to deal with these vacancies and others.

“By the time the two replacements for the [the Concourt] seats adorn their green robes, three more vacancies would have arisen or will be imminent – including that of the Chief Justice.”

Precedent for a special sitting of the JSC

The JSC holding a special sitting between the traditional April and October sittings is not without precedent. In 2009, with four justices of the Concourt due to retire, the JSC held a special sitting in Kliptown, Soweto, in September of that year. The sitting took place at Kliptown Square, metres away from where the Freedom Charter – a forerunner to the current constitution – was signed. In 2013, when the JSC was interviewing Justice Mbuyiseli Madlanga for the Concourt, the JSC held a sitting in February. The last occasion the JSC held a sitting outside the April/October sessions was in July 2015, when interviewing Justice Nonkosi Mhlantla for the Concourt.

The need to fill critical vacancies

The JSC is under considerable pressure to fill vacancies in the superior court judiciary. Besides the Concourt, there are several critical vacancies that remain unfilled, and will not be filled at the April 2021 sitting. These include the head of the Competition Appeal Court, and the Labour Court deputy judge president – considering that both courts have gained even greater significance considering the mass retrenchments, workplace disputes and anticompetitive conduct that have been brought up by the COVID-19 pandemic. The Electoral Court is also down to only two out of five permanent members and the local government elections are coming up towards the end of the year (2021).

We are calling for a special sitting in July 2021

It makes eminent sense for the JSC to hold the special sitting in July, during Parliament’s winter recess. This timing would allow the largest constituent of the JSC (members of Parliament) to attend the session without missing crucial parliamentary work.

Outside of the appointments, the JSC uses its meetings to deal with judicial misconduct cases which require the JSC’s consideration and direction. The Hlophe saga involving Concourt justices for example, will likely release its decision and recommendation to the JSC too soon for the April sitting. However, the JSC cannot wait until October to deal with this matter, it needs to act and act quickly. It can deal with this at any time before but a July 2021 sitting would be a far prospect than October.

“…the JSC cannot wait until October to deal with [the Hlophe saga], it needs to act and act quickly.”

For all these reasons, the JSC needs to convene a special sitting in July 2021. A failure to do so would be yet another opportunity missed for the JSC to salvage its tattered reputation.