Transfers between courts: the unspoken shaming of women 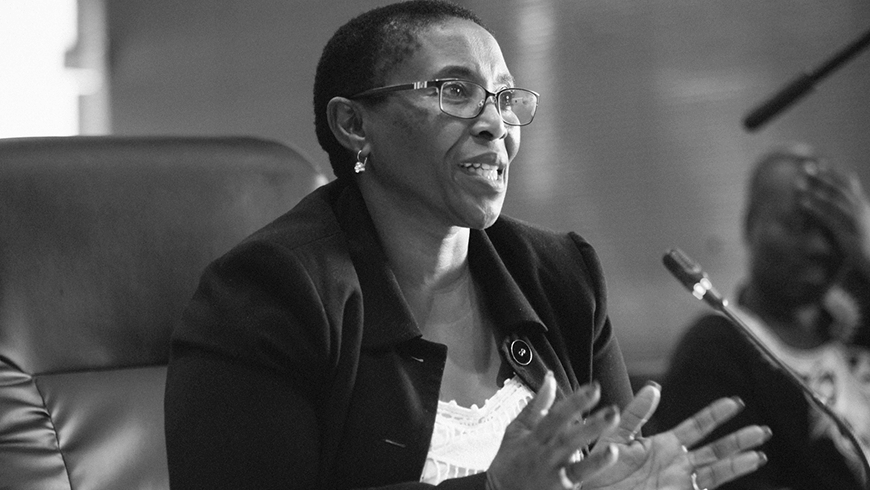 Transfers between courts: the unspoken shaming of women

Judges’ transfers between courts – the unspoken shaming of women.

“…on the surface, an innocent observer could be forgiven for thinking transfers within the judiciary were designed purely for the humiliation of black women judges.”

Brazilian superstar Neymar Junior shocked the football world when he swapped Barcelona FC for French club PSG in an eye-watering 222 million Euros transfer back in 2017.

The amount was more than double what Juventus FC would pay Spanish giants Real Madrid for the sport’s biggest name, Cristiano Ronaldo, a year later.

In fact, on the surface, an innocent observer could be forgiven for thinking transfers within the judiciary were designed purely for the humiliation of black women judges.

Judges are appointed to a specific division of the High Court

According to section 166(c) of the Constitution, read with section 6 of the Superior Courts Act of 2013, there is a single High Court of South Africa – with a High Court division for each of the nine provinces.

Judges are appointed to each division of the High Court, with the number of judges determined by the needs of the province. Where there are multiple seats of a High Court division (as is the case in Johannesburg and Pretoria), judges may choose to be based at one seat, while still being able to hear cases in another seat of the same division.

Judges do not cross provincial boundaries to hear cases, unless they are appointed to act in another province, or are formally transferred via an interview, with a recommendation by the Judicial Service Commission (JSC).

“The process of a judge seeking transfer is fairly strict – akin to seeking a new appointment.”

The process for a judge transferring between divisions

The process of a judge seeking transfer is akin to seeking a new appointment. It’s a big deal. There must first be a vacancy at the division where the judge seeks to transfer. They must then submit a full application, and hope to be shortlisted for an interview. Although the transfer candidate is already a judge, the JSC treats them as a new candidate – with a deeper interrogation of the reasons for the transfer.

The Magistrates Commission, on the other hand, has criteria to assess the suitability of a transfer, which includes:

Unfortunately, the JSC has no such criteria, which sometimes leads to the transfer interview often devolving into a humiliating and onerous interrogation.

The reality of gender inequality within the judicial interview process

Judge Bulelwa Pakati was born in the Eastern Cape. She worked in the Eastern Cape division as a magistrate for many years. In 2012, she was appointed to the Kimberley High Court, in the Northern Cape Division. Since then, she twice applied for the position of deputy judge president – unsuccessfully. In time, her health deteriorated, and she was diagnosed with depression.

In 2019, she applied to the JSC for a transfer home, to the Eastern Cape (Port Elizabeth). Her interview lasted 8 minutes and focused entirely on the reasons for her application. She explained her health issues, and put them down to the impact of judicial politics, specifically those within the Kimberley High Court, and her concern for the future well-being of her Eastern Cape-based family (who rely on her income) should anything untoward happen to her. She was ultimately granted the transfer.

Case study 2: Judge Nozuko Mjali
In 2014, four years after being appointed to the Eastern Cape Division (Mthatha), Judge Nozuko Mjali applied to be transferred 230kms away to the Bhisho seat of the same division. Her reasons were personal and primarily related to difficult family circumstances, only exasperated when her husband was arrested on charges of rape, at their home and in front of their three children.

In October 2014, during her transfer interview, she explained that her children were still traumatised by the ordeal, and that as a direct result were left without parent supervision upon their return from school; this included one child with special needs considerations. Mjali was met with scant sympathy from the JSC, who repeatedly asked her to justify her request for transfer from a rural court to one closer to an urban city. She was callously asked why she felt raising her children’s schooling needs was pertinent. And why she had simply not placed her children in boarding school.

Under emotional duress, and having already broken down in tears, she responded, “I am here for any mother who finds herself in this situation, because of family needs. It is an attempt to strike a balance between my family and my work,”.
The JSC did not grant her the transfer and the vacancy was left unfilled that year.

The contrasting experience of these two judges speaks not only into the inconsistency of the JSC’s approach, but to a deeper tension between the JSC’s stated commitment to gender equality and the eradication of the barriers causing women to leave the legal profession, and the reality.

The contrasting experience of these two judges speaks not only into the inconsistency of the JSC’s approach, but to a deeper tension between the JSC’s stated commitment to gender equality and the eradication of the barriers causing women to leave the legal profession, and the reality.

It is interesting to note that women most often seek transfer as a result of their family circumstances. Which is not really surprising considering many carry the burden of being the primary caregiver. The JSC appears oblivious to this reality.

Exceptions to the rule

There are three exceptions to the rule. In the Limpopo, Mpumalanga and North West divisions, judges’ transfers do not have to go via the JSC. In terms of section 50(5) of the Superior Courts Act, the President may “with a view of facilitating and promoting the effective administration of justice” transfer any judge of any other division to those three courts.

The reason is relatively straightforward: Limpopo and Mpumalanga are new courts requiring experienced judges. To this end, Judge Shane Kgoele from North West, Judge Nelisa Mali from Pretoria and Judge Segopotje Mphahlele and Judge Brian Mashile from Johannesburg, were transferred from their respective divisions to the Mpumalanga Division. It should be noted that most of these judges are black women.

In the upcoming April 2021 round of JSC interviews, there is only one transfer candidate: Judge Nelisa Mali. She is looking to be retransferred from Mbombela back to Pretoria. Mali does so because of health issues and family circumstances, but will the JSC respect these as legitimate reasons for transfer? Better yet, will the JSC resist the temptation to humiliate her publicly? We will have to wait and see….