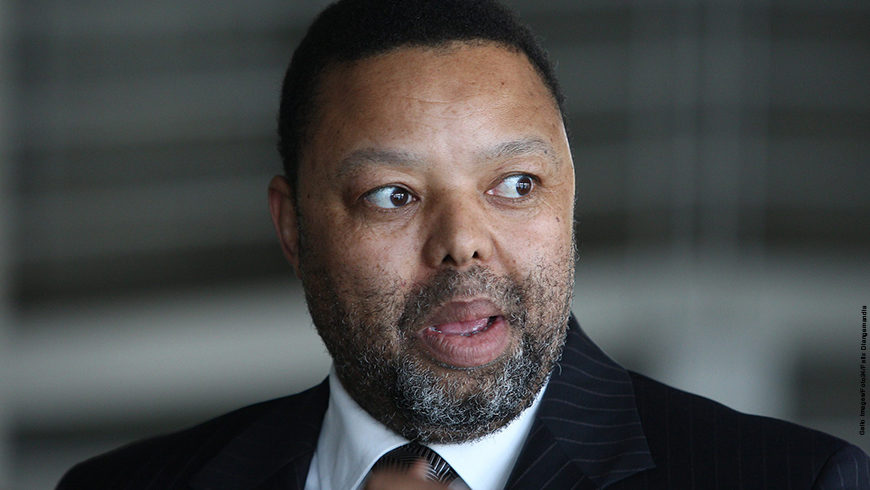 In 2009, the last of the first group of judges of the Constitutional Court retired, and were replaced by Justices Froneman, Jafta, Khampepe and Mogoeng. These four judges have now retired from the court by the end of 2021. To mark this occasion, we have asked former clerks to share personal reflections of what it was like to work for the judges. The first of this series paid tribute to Justice Johan Froneman, who retired from the court on 31 May 2020. The second paid tribute to the outgoing Chief Justice, Mogoeng Mogoeng, whose tenure ended on 11 October 2021.  This article pays tribute to Justice Chris Jafta, whose tenure also ended on 11 October 2021.

The urban dictionary defines this as “Someone who is hardly noticed. Kind of the opposite of popular or the best, but not exactly the worst.”

Chris Jafta – one of the best

We record our ‘nice memories of “Judge”’ as all his clerks and Annette (his PA) fondly referred to him.  We met Justice Chris Jafta at relatively the same points in our careers albeit from different legal backgrounds – one of us from commercial and one from public law.  Coming from either background, walking into our apex Court as a Law Researcher to a Justice of the Constitutional Court is quite overwhelming but exciting at the same time.  You really wonder what contribution you could possibly make.  One thing stands out at the end –  you were taught law by one of the best.

Justice Jafta is not an open book.  If the look on Justice Jafta’s face during court hearings is anything to go by, many may have concluded that he is nothing short of being a “serious man”.  But first and personal engagements with him revealed otherwise.

When interviewing prospective law clerks, Justice Jafta would quickly welcome you into his chambers and sought to know the person who he might work with (read: “teaching”) in his last days at the Constitutional Court.  Soon after we were comfortable, he tested our understanding of legal principles that the Court had recently pronounced on.

[Judge at Chambers] We clerked for Judge during the year of the coronavirus pandemic – a time where the physical experience of the functioning of the Court was almost entirely moved to being virtual.  Anyone who has clerked at the Court will tell you of the life changing personal and professional experiences of having worked with the Justices physically and in open Court.  Luckily for us, Judge is “old school”.  This meant that he sat with physical law reports and committed his views on mail and judgments by hand.  He chose to come into the Court every workday and as a result we got the full benefit of his mentorship during the pandemic.

[Judge’s mentorship] Judge first appeared to be reserved, quite contrary to his judgments and dissents. However, in our pre- and post-hearing discussions on the law in any given case, we experienced the Justice Jafta you know in Court.  There he also taught us how to quickly appreciate the issues in a case.  “A good lawyer is one who simplifies complex legal issues”, as he would say.  A much-welcomed reminder in our afternoon discussions when dealing with complex matters that were before the Court.  During the chamber discussions he was always jolly, brilliantly fluent, and compellingly persuasive.  In many ways he encouraged us to use the facts or the law, and authority and first principle, as appropriately and creatively as we saw fit.  He would often say “so you agree that at the level of the law, the key test is… then what do you say to their proposition that…”  He always displayed patience when answering our various questions, but by no means was he a spoon feeder.  We had to quickly understand that we were not only there to learn, but also to contribute.  There were many opportunities for that as well.  His chamber was notorious for always scribing dissenting judgments. And from this, another lesson was learnt; always be an independent thinker.  We would often ask rhetorically: “Judge, are we offering yet another dissent?”. His simple explanation was that if there be even one conclusion you do not agree with, it was important to express that because at the end of the day, you will always be required to justify your stance in a matter.  You can imagine his criticism of us and/or those [read: other Justices] who seldom justified their agreements or disagreements with certain propositions.  To say that Justice Jafta displayed a sharp mind is putting it lightly. No stone was left unturned in any single matter before him.  A glance at his necessary dissents speaks to this.  Even when he concurred in a judgment it was not surprising to us when he would say “I agree with the outcome the judgment proposes and endorse the reasoning furnished.  But I have decided to write separately to underscore the other path that leads to the same outcome.”

His simple explanation was that if there be even one conclusion you do not agree with, it was important to express that because at the end of the day, you will always be required to justify your stance in a matter.

This forced one to explore every relevant issue that could arise in a matter.  And if you have caught a glimpse of him in action during a Constitutional Court hearing, you may be familiar with Justice Jafta’s phrase “I have difficulty in understanding…” or “Mr so and so, correct me if I’m wrong…”  These phrases are followed by a line of questioning that, more often than not, left Counsel floored.  If you want to know how a meeting in Justice Jafta’s chamber looks like, it looks like a Court hearing with strings of similar questions.  Looking back at these meetings we realise that we were being trained to think like lawyers.  As his famous phrase goes “Let’s talk like lawyers!”

He was quite generous with affording us the benefit of his intellect, history, and knowledge of the law.  Often in chamber discussions he would share stories and experiences of when he lectured at University of Transkei, being a Magistrate, his practice as Counsel in a TBVC State and his journey in the South African judicial hierarchy.

Judge was an “underdog” and underrated.  But this is testament to his character – he did not like the spotlight.  He always concentrated on his work and ensured the correct outcome in law. Judge always embraced the supremacy of our Constitution and was always focused on developing our Constitutional Law jurisprudence.  “The Constitution tells us this – now the question is whether the common law process is compatible with the demand by the Constitution that … that is the point we need to resolve…”

Judge Jafta joined the bench with a wealth of academic and advocacy knowledge. He always sought to clarify, at length and at great detail, why he found one way and not the other.  Justice Jafta was very passionate about ensuring that the knowledge he had acquired throughout his career was imparted to his law clerks in the short time we had with him.  In addition, Judge relayed to us that he remained committed to teaching Constitutional Litigation to young and upcoming lawyers who were “serious” about law.

Chris Jafta – a man of integrity

It would be an understatement to say that it has been a privilege and pleasure for us to serve under him.  It has truly been a joy working with him and seeing the depth, substance, and agility of his mind.  He goes to retire having resolved many of these questions.  He has continuously displayed the highest integrity, dedication and respect to the law and justice in general.

Atlegang Govuza is an attorney with background in Intellectual Property Law and is now pursuing her interests in Public Interest Law.

Ayabonga Nase is a pupil advocate at the Johannesburg Bar. Atlegang and Ayabonga clerked for Justice Chris Jafta in 2020