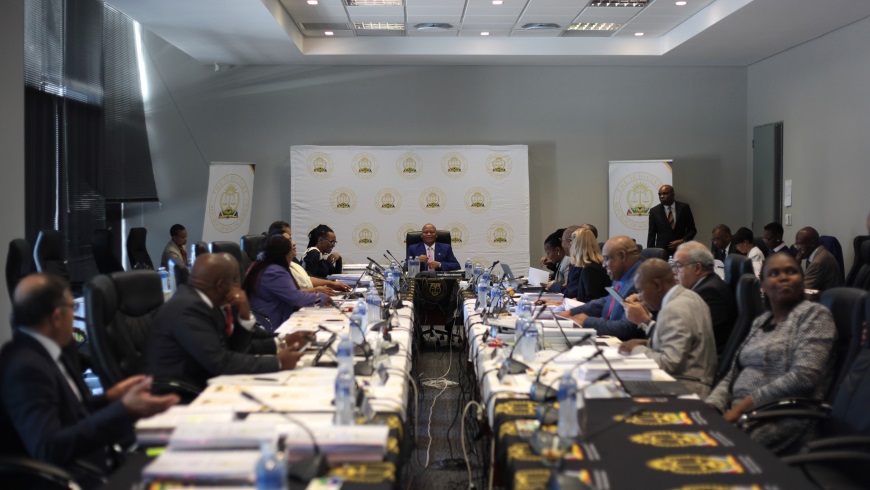 Several people have asked Judges Matter what to do with the Judicial Service Commission in the face of trenchant criticism of its appalling Chief Justice interviews in the first week of February. Contrary to some of our colleagues in civil society, we do not believe that the JSC is irredeemably ruined and should be set on fire like parliament. Instead, we believe the new Chief Justice must be supported in leading thoroughgoing reforms to the JSC.

After two days of relatively dignified interviews that week, the wheels came off on the third day when the JSC interviewed Gauteng Judge President Dunstan Mlambo. JSC commissioner, Advocate Griffiths Madonsela led a strange line of questioning that seemed to be interested in trafficking wild political conspiracies than testing the candidate’s fitness to be Chief Justice. But this was not enough. Advocate Dali Mpofu followed by putting to Mlambo baseless sexual harassment allegations; which Mpofu himself described as “whispers”.

The chair, Supreme Court of Appeal Deputy President Xola Petse, allowed these questions to stew in the minds of everyone watching for several hours before he ruled them as inappropriate and ordered that they be expunged from the record.  What stopped him from making such a ruling earlier? What led him to make the ruling at that exact moment? No one knows. Why? The JSC does not have any written rules regulating its procedure. This is a big problem for a commission that deals with allegations that have the potential of destroying people’s reputations and careers.

At some point during Commissioner Julius Malema’s questioning of Deputy Chief Justice Ray Zondo, Justice Minister Ronald Lamola shouted that Malema was a liar. True to character, Malema lost his temper and shot back a counter-accusation that Lamola was undermining him. This screaming match was over an issue that did not relate to the candidate in front of them, Justice Zondo, but showed that there’s no love lost between the former ANC Youth-Leaguers. It also showed that it’s no longer possible to rely on unwritten rules that commissioners will act in “gentlemanly” fashion. The JSC needs a written code of conduct for commissioners, as well as clearly defined standards by which to judge whether questions may be permitted.

But as Parliament shows us, rules alone are not enough to make people act appropriately. There needs to be swift enforcement with tangible consequences. That means the JSC chairperson needs to understand the rules of the JSC and be fearless in enforcing them. Nominating bodies must also take seriously the task of putting people forward to represent them on the JSC, and possibly recall those people should the JSC raise concerns about them. In the case of legal practitioners, the advocates or attorney’s associations need to act. In the case of MPs, parliament needs to do the same.

This leads us back to the very reason why the JSC sits in the first place: to assess the suitability of candidates to take up judicial office. Their mission is to test whether lawyers are good enough to be judges. But who knows what factors they consider when they do this solemn constitutional responsibility? The JSC needs written criteria for judicial appointments.

Of course, this is not to say that the JSC must ask the same rehearsed question of all candidates, but there could be common themes on the issues taken up with each candidate. A candidate’s guiding philosophy when approaching complex cases, their understanding of the social determinants of crime, their knowledge of constitutional and administrative law, and their professional track record are all issues that could animate an interview.

We conducted a statistical analysis of five years’ worth of JSC interview transcripts. We found that there wasn’t wild divergence on the issues the JSC takes up with candidates – so there’s ample room for agreement on written criteria. A set of criteria would also help the chairperson rule on which questions are relevant and appropriate to put to candidates.

These are only some of the immediate reforms that would significantly improve how the JSC conducts interviews for judicial office. It’s only the first step in getting the institution back on track. The JSC is unique – it is the only body where the three arms of state come together to deliberate on who should preside in our superior courts. The diversity of perspective should be treasured and nurtured, as it is meant to improve the legitimacy of the judiciary.

We put these ideas forward in good faith, as our interactions with many of the individual commissioners on the JSC tells us that there are still good people who are committed to the task. We dare not fail them by lumping them with those with ulterior motives. The JSC needs to change now before it loses all legitimacy.

A version of this article was published in the New Frame

Judges Matter is a civil society project that monitors the appointment of judges, their discipline for misconduct, and the judicial governance system in South Africa. Follow Judges Matter on Twitter on @WhyJudgesMatter.

Watch a discussion on the reforms to the JSC: https://youtu.be/qmoZeGNlbs8