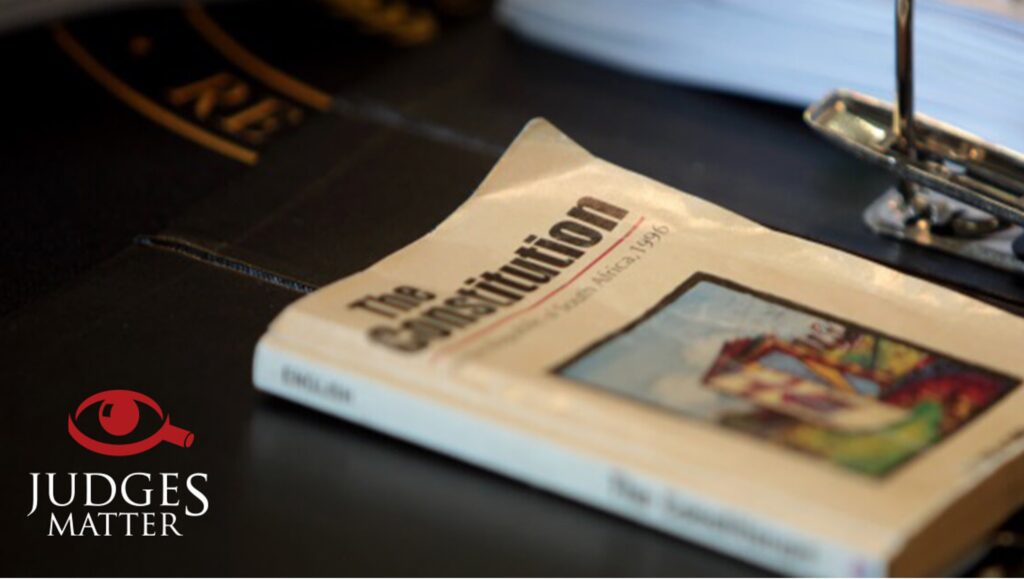 Following a grueling and rowdy series of Judicial Service Commission interviews, the ball of who will become the next chief justice of South Africa is now firmly in President Cyril Ramaphosa’s court. As many have stated, the decision ultimately lies with the President, despite the JSC’s recommendation of Supreme Court of Appeal President Mandisa Maya.

In this article, Judges Matter looks at some of the hot issues that will sit at the top of the new chief justice’s in-tray on the first day.

1. Fixing a chaotic and dysfunctional JSC

Perhaps the most urgent task facing the new chief justice is getting the JSC back into shape. The nation watched the February interviews in horror, as it degenerated into a screaming match between Commissioner Julius Malema and Justice Minister Ronald Lamola. This capped off a week full of crude sexual innuendo, cringe-worthy questions, and some unfounded sexual harassment allegations.

As chairperson, the new chief justice has the task of turning this situation around. They will lead the no doubt difficult reforms, including crafting set criteria on judicial appointments, developing clear rules of procedure, and a code of conduct for commissioners.

Luckily, the JSC announced during the February interviews that as soon as the new CJ is appointed, all commissioners will sit for a compulsory workshop where the first order or business is crafting written criteria which they will release publicly for the first time in over a decade.

The task could not be more urgent, as in a little over a month from now (4 – 8 April) the JSC will sit to interview candidates to fill 18 judicial vacancies, including 2 at the Constitutional Court.

One of the obscure tasks attached to the role of the chief justice is to chair the interview panel for commissioners on the Independent Electoral Commission. With the term of the IEC chairman Glen Mashinini ending in April, the process has begun in earnest with the advert out and interviews set for March. The new chief justice will likely chair this panel within days of taking office.

3. Fixing an overwhelmed the Constitutional Court

In an unprecedented move this week, one of the country’s largest trade unions, NEHAWU (the National Education, Health and Allied Workers Union) announced a veiled threat to Acting Chief Justice Ray Zondo that the Constitutional Court must deliver judgment on the public sector wage dispute or face rolling protests. The case was heard on 24 August 2021.

All four candidates for chief justice conceded that the Concourt was taking unreasonably long in delivering judgment. Justice Madlanga explained that this was due to the Court’s expanded jurisdiction since a 2013 constitutional amendment, but that new initiatives were being taken to address the backlog. Maya said in her view, the constitutional amendment did not affect the Concourt much, but its processes needed streamlining.

Whatever the cause or the solution, the new chief justice would need to confront these backlogs head-on.

4. Politicisation of the judiciary / judicialization of politics

During the JSC interviews, all four candidates spoke about how the judiciary was now at the centre of most major political disputes and this did not bode well for the institution. There were divergent opinions on how to confront this problem. One way the new chief justice could confront this is by the judiciary setting clear lines of engagement with the other arms of the state, but also some consistency in legal principles around political cases.

Central to the ongoing saga around President Jacob Zuma’s incarceration was an unprecedented application for the rescission of the judgment that had sent him to prison in the first place. Commentators predicted that, in line with past precedent, the Concourt would dismiss the case without a hearing, as it clearly lacked merit. Surprisingly, the Concourt called for a hearing with full argument and delivered judgment several months later. This unusual precedent did not go unnoticed as, within a short period thereafter, none other than serial litigant Public Protector Busi Mkhwebane applied for a rescission of the Concourt ‘CR17’ judgment, which found that the PP had no jurisdiction to investigate the president’s private campaign for the ANC presidency. This application was dismissed without a hearing. Undeterred, the Public Protector has now filed a second application, this time for the rescission of the judgment on her impeachment.

Although the chief justice cannot tell judges how to decide cases, they still have the responsibility of leading the court intellectually to cohere around certain fundamental principles and approaches, and the administrative systems to carry those decisions out.  This is one way of insulating the judiciary from the political storm.

The chickens of the long-neglected issue of judicial misconduct are finally coming home to roost. Following a recent blitz of pushing through these cases through the misconduct processes, the judges implicated are going to ground with a Stalingrad approach.

The most prominent is controversial Judge President John Hlophe, who is challenging his impeachment in Court. Judges Willie Seriti and Hendrik Musi are also taking the JSC to court, to try a stave off an investigation into their mishandling of the Arms Deal inquiry. Judge Nana Makhubele is also in the courts on the long-running inquiry into her involvement in the affairs of the corruption-plagued commuter rail agency PRASA. All these cases are a flashing red flag for the new chief justice to work on the legislative reforms necessary to streamline the convoluted judicial misconduct processes – otherwise, these and many more cases will be tied up in courts for years to come.

Although it doesn’t look like it anymore, we are two years into a pandemic that has wrought some damage to the judiciary and the administration of justice. Their backlogs in dealing with civil and criminal cases are…er…criminal. It doesn’t help that for much of the pandemic the judiciary has been on autopilot. The new chief justice needs to lead from the front and devise a clear post-covid recovery strategy for the judiciary.

These are only the fires the new chief needs to be put out now, but the longer-term restructuring of the judiciary and finally answering the single judiciary question is where she will really need to plan more long term. The new chief justice will have to hit the ground running.

Judges Matter is a civil society project that monitors the appointment of judges, their discipline for misconduct, and the judicial governance system in South Africa. Follow Judges Matter on Twitter on @WhyJudgesMatter.