Webinar on the criteria employed in appointing judges in South Africa 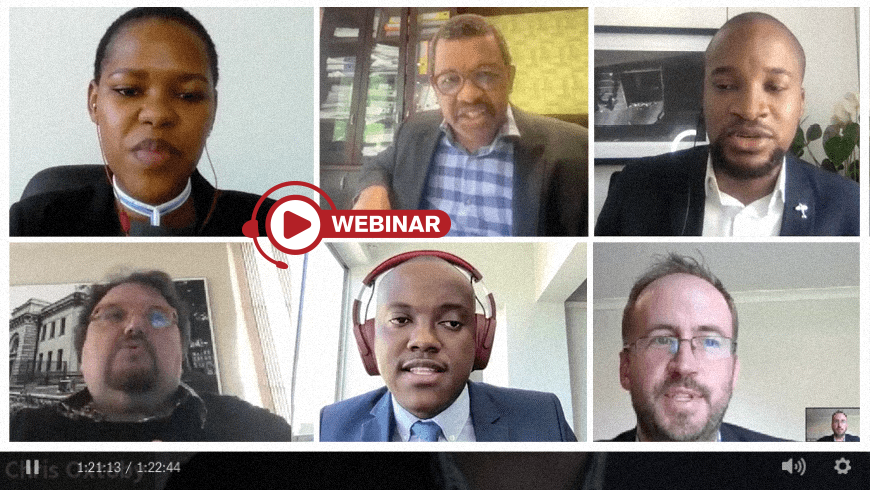 Webinar on the criteria employed in appointing judges in South Africa

Judges Matter hosted a webinar to discuss issues relating to the criteria employed in appointing judges in South Africa. The webinar was prompted by the recent court challenge brought by the Council for the Advancement of the South African Constitution (CASAC), which sought to set aside the nomination of candidates for the Constitutional Court due to alleged irregularities in the interview process.  Whilst the litigation was settled, the webinar sought to discuss the issues raised by this challenge, and to debate how to ensure that the same shortcomings were not repeated in the forthcoming October 2021 Judicial Service Commission (JSC) interviews.

The webinar began with a discussion of the issues raised in CASAC’s challenge to the April 2021 interviews. Dan Mafora identified numerous concerns which were raised by the interviews, including  a lack of direction in the questioning, and uneven treatment of candidates. Concerns were expressed that without criteria, the interviews can “descend into mudslinging”. The questions asked should be relevant to suitability for appointment, but how can relevance be assessed without criteria? The lack of criteria was foundational to the issues in the interviews.

Morné Olivier agreed that the fundamental issue was that it was not possible to know who to appoint without criteria. The criteria in the Constitution are clear but general. It is the JSC’s responsibility to flesh them out.  The 1998 and 2010 guidelines had done this to an extent but were insufficient. There was a need for more detailed criteria to evaluate the candidates. There must be a rational link between the questions asked and the criteria. The role of the chair was crucial. There was an issue regarding serious allegations against candidates, and the JSC was required to advise candidates about such allegations beforehand.

Dali Mpofu commented that it was necessary to have a broad perspective of the JSC’s performance across multiple interviews. There was no magic formula as to which commissioner asked which questions. The style of the chairperson had a big impact. The issues canvassed in questioning must be relevant. The role of the chair was crucial in determining relevance, which is guided by the Constitution, the Act, the candidates’ application forms and comments on the candidate, as well as the JSC’s mandate.

Morné Olivier emphasised the importance of questioning. The JSC’s guidelines must be foundational, and relevance was crucial. Interview length was a problem. A candidate’s judgments could be used to assess their commitment to constitutional values, and their technical competence. There was a need for a set of core questions that apply to all candidates, perhaps based on a questionnaire, before the interviews proceeded to “freestyle” questions.

Dali Mpofu argued that there were core issues, the question was whether they should be “reduced to a piece of paper”. These core issues included judicial philosophy, experience, transformation, especially gender transformation, and the extent of judicial experience. Even given the core issues, there were variations of style among commissioners, and the chair, in terms of how the interviews are approached. That was why there were different kinds of people on the JSC – to bring out diversity on the part of the questioners. Questioning could not be too rigid or too wide.

Dan Mafora discussed the JSC’s approach to transformation. He commented that it was not clear what the JSC’s approach to section 174(2) was, and how different factors were weighed up. For example, no white woman had been appointed to the Constitutional Court since 1994. Was this a factor that was taken into account?

Dali Mpofu suggested that one could not look at transformation in terms of race and gender only. Other factors that could be taken account include the grounds found in section 9 of the Constitution (the equality clause). Advocate Mpofu remarked that he found section 174(2) very limiting. There could be many more factors taken into account, including judicial philosophy.

Morné Olivier commented that whatever criteria were development must be in line with the constitutional criteria of being appropriately qualified and fit and proper. He suggested that the most important criteria included:

The discussion then moved to consider how the JSC could make sure these qualities were evaluated, and what role individual  commissioners should play.

Dan Mafora commented on the absence of technical style questioning, and the importance of closeness to the community for high court appointments in particular.

In response to a question about the extent to which the JSC workshops the specific needs of a court, Dali Mpofu noted that the Premier and Judge President of a province will sit on the panel for that court, which helps to tailor the approach. Commissioners from the same constituency would confer, but did not have to agree. Regarding the question of diversity, Dali Mpofu again emphasised the importance of ideological orientation, and noted that many aspects (for example, working class and youth voices) get overlook due to the “elitist” nature of the judiciary. Dali Mpofu noted further that as a commissioner, he sometimes became concerned that interviews were not being tailored to the position being considered.

Dali Mpofu further suggested that criticism that the JSC did not ask content-based questions was unfair. In response to a question from Morné Olivier about whether there was orientation and support for new JSC commissioners, Dali Mpofu advised that the issue had been raised and that an orientation for new commissioners was being held in the coming days. New commissioners had asked for this.

The webinar then closed. 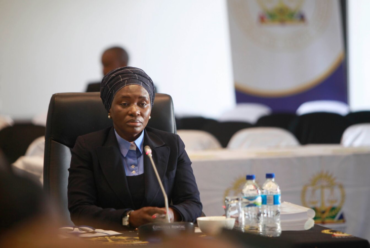