Criteria for the appointment of a Chief Justice 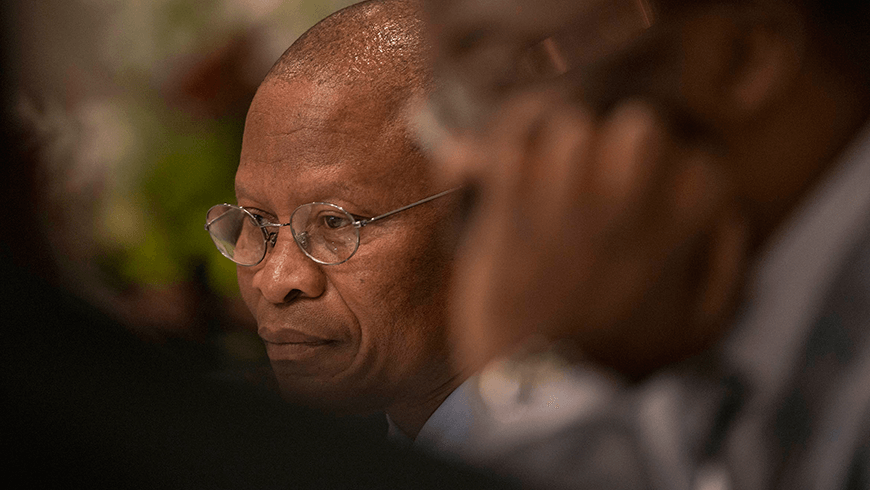 Criteria for the appointment of a Chief Justice

What kind of qualities should a Chief Justice possess?

This is an important consideration as the tenure of the current Chief Justice, Mogoeng Mogoeng, comes to an end in late 2021. It will therefore soon be time to start considering who should be appointed as the next Chief Justice. This means that serious consideration must be given to the qualities and attributes an individual should possess in order to be considered for appointment to such an important position.

The Chief Justice needs to be an influential leader

It is clear that a potential Chief Justice must possess a wide range of qualities and attributes. Indeed, meeting the qualities discussed below appears to be a superhuman task. A potential Chief Justice will be required to be an influential leader on several levels, both as the head of the Constitutional Court (the highest court in the country), and the head of the entire judiciary. Not every judge will necessarily meet these standards.

A Chief Justice must be a skilled policy maker, in order to discharge responsibilities such as implementing and monitoring norms and standards for the judiciary, advising the Minister of Justice on making regulations for the administration of the courts, and determining the budget required by the judiciary.  They should also have a strong understanding of the proper role of the judiciary in relation to the other branches of government, being sensitive both to the limits of the judicial role and for the judiciary not to be overly deferential to other branches of government.

A Chief Justice must also be an intellectual leader. They must be able to lead the Constitutional Court, a court which deals with complex and weighty issues. They must have a strong jurisprudential background and track record, so that they can write high-quality judgments that will be an example for other judicial officers to follow. They must have stature as a lawyer and as a leader and command the respect of judges and lawyers. They must have the intellectual ability to be a jurisprudential thought leader and innovator, to address novel legal questions, and to articulate judgments that break new legal ground. A Chief Justice must also have the capacity for hard work that the role requires.

A Chief Justice must also be a person of the highest integrity. They must have a keen understanding of judicial ethics, and they must have conducted themselves, both on and off the bench, in a manner that demonstrates they possess high ethical standards and a strong understanding of the issues underlying judicial ethics. Whilst a sitting judge would have been assessed as a fit and proper person by the Judicial Service Commission (JSC) when they were appointed, it does not follow that they have inevitably conducted themselves in an ethical way while they have been a judge. How they have conducted themselves as a judge therefore ought to be evaluated. As chair of the JSC, the Chief Justice must be able to provide leadership in holding to account judges who fall short of the required ethical standards.

A Chief Justice must be independently–minded and have a demonstrated commitment to constitutional values and the human rights enshrined in the Constitution. They must show fairness as a leader of both the Constitutional Court and the whole judiciary. They should have the vision and ability to continue the process of transforming the judiciary, both in terms of its composition and its governance structures. As chair of the JSC, the Chief Justice plays a key role in determining the quality of judges appointed to the judiciary.

One of the most intriguing aspects of the appointment of the next Chief Justice will be to see whether the candidate is a high-profile individual, or one with a more low-key public profile. The current Chief Justice has taken on a more prominent public profile than his predecessors. This has been particularly noticeable in the number of public speeches he has made. On some occasions, the content of these speeches has been problematic and controversial. It might be argued that in the modern era of social media and 24 hour news cycles, having a head of the judiciary who is comfortable with a prominent public profile is now an important aspect of judicial leadership, in a way that was not the case 10 or 20 years ago. On the other hand, those who are uncomfortable with the Chief Justice’s often outspoken remarks will be more comfortable with a lower key, restrained public profile. Whichever approach is ultimately followed, this is a criterion that should be considered.

The importance of the role means that a Chief Justice can be expected to be subjected to consistent and often intense scrutiny. They must therefore be thick skinned and able to handle pressure and adverse comment in a way that protects the integrity of the judiciary. A Chief Justice’s leadership style and temperament should allow others the space to grow and develop. They should be collegial, be able to build consensus, give decisive leadership and direction when required, whilst allow for dissenting views and debate. Indicators of a suitable temperament include courtesy, politeness, being respectful, open-mindedness, thoughtfulness and decisiveness.

Although it is difficult to factor in diversity fully when one person is being appointed, the Constitution does require that the racial and gender composition of the country is considered when any judicial appointment is being made. This includes the appointment of the Chief Justice. An obvious consideration in appointing the next Chief Justice is whether the time has come to appoint a woman to the highest judicial office in the country. All the Chief Justices in South Africa’s history, both before and after apartheid, have been men.

A Chief Justice must also be a diplomat of sorts, capable of representing South Africa in interactions with the judiciaries of other countries, and on international and regional judicial organisations. Examples of the latter include the Southern African Chief Justices’ Forum, and the Conference of Constitutional Jurisdictions of Africa (chaired by Chief Justice Mogoeng between 2017 and 2019).

Identifying someone who fits all these criteria is no easy task. Indeed, it might be argued that the increasing administrative role played by the chief justice is impossible to reconcile with traditional understanding of the Chief Justice being a pure judicial reasoner and intellectual leader of the judiciary, taking into account the tremendous burden both aspects of the role must place on any one individual. Nonetheless, that is the system currently in place, and those charged with appointing the new Chief Justice will have to weigh up all these factors in determining who to select for the position. It will not be an easy task, but it is an extremely important one.

Acknowledgement: this article draws on criteria identified in the Democratic Governance and Rights Unit’s submission on the appointment of Chief Justice Mogoeng in 2011 (available at http://www.dgru.uct.ac.za/usr/dgru/downloads/DGRU%20Submission%2026%20August%202011.pdf), and on Morné Olivier, “The selection and appointment of judges” in Cora Hoexter and Morné Olivier The judiciary in South Africa (Juta, 2014).