Process for appointing the Chief Justice 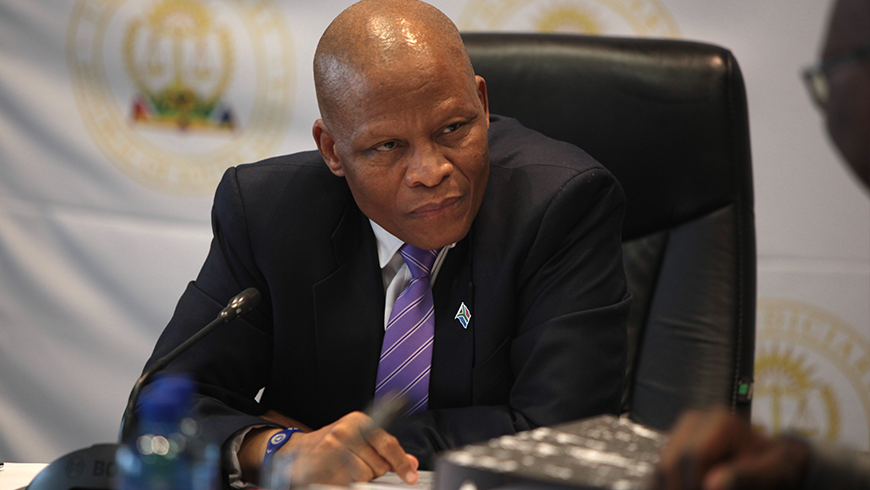 Process for appointing the Chief Justice

As we noted in our previous article, the tenure of the current Chief Justice, Mogoeng Mogoeng, comes to an end in late 2021. It will therefore soon be time to start considering who should be appointed as the next Chief Justice.

Judges Matter has considered many aspects of the importance of the role of the Chief Justice [Also found here on Daily Maverick] and the numerous qualities that a potential Chief Justice should possess. In this article, we discuss the process that is followed when a new Chief Justice is appointed.

For the appointment of most judges, the Judicial Service Commission (JSC) plays a central role. All judicial appointments, other than Constitutional Court judges and the leadership of the Constitutional Court and Supreme Court of Appeal, are made by the President “on the advice of” the Judicial Service Commission (JSC). In practice, the President is bound by the JSC’s advice, and so the JSC effectively makes the appointments to the Superior Courts.

The process for appointing the Chief Justice differs significantly and gives the President much more power than is the case in the appointment of other judges. Section 174(3) of the Constitution provides that the President, as head of the national executive (which means with the support of cabinet), after consulting with the JSC and leaders of the political parties represented in the National Assembly, “appoints the Chief Justice.”

The process for appointing the Deputy Chief Justice is the same, whilst the appointment of the President and Deputy President of the Supreme Court of Appeal is largely similar, although the President is only required to consult with the JSC, and not with leaders of political parties. In practice, the JSC’s role in this consultation has been to conduct a public interview with the candidate, as is done for all other potential judicial appointments, and then to advise the President on the candidate’s suitability for the position.

The President thus has far more discretion in choosing the Chief Justice than with other judges. Whilst the President is required to consult, and that consultation must be a meaningful one where the views expressed are seriously taken into account, the President is not bound to follow the input received from other political leaders, or even from the JSC itself.

This process might seem to be simple and straightforward. And yet the two most recent appointments of a Chief Justice – that of Chief Justice Ngcobo in 2009 and Chief Justice Mogoeng in 2011 – have both attracted controversy in respect of the procedure followed. In 2009, then – President Jacob Zuma stated that he had “appointed” Justice Ngcobo as Chief Justice, prior to having consulted political leaders or the JSC. This was clearly not the correct procedure, and the Presidency subsequently clarified that the required consultations were to take place prior to a formal decision being made.

When Justice Mogoeng Mogoeng was put forward as candidate for Chief Justice in 2011, debate arose as to whether or not more than one candidate could be considered. There was mixed historical precedent on this point. Justices Langa, Ngcobo and Mogoeng had all been the only candidates considered for appointment as Chief Justice. However, in 1996 nominations were called for, and two judges were nominated and interviewed for the position – Ismail Mahomed and Hendrik van Heerden. Justice Mahomed was then appointed as Chief Justice.

In his recently published memoir All Rise, former Deputy Chief Justice Moseneke recounts how in 2011 he had been approached to be nominated as an alternative candidate to Justice Mogoeng. Justice Moseneke declined the invitation, commenting that the law is clear in giving the President the “right and prerogative” to appoint the Chief Justice, and that “it would have been as silly as it would have been futile to put up nominations other than the president’s.” (All Rise, page 220).

Justice Moseneke is doubtless correct about the futility, in that instance, of putting up another candidate against the one nominated by the president. Considering the furore surrounding the nomination of Justice Mogoeng, it may have been very damaging for the judiciary for the position to be contested.

Should we consider more than one candidate?

But it is worth considering whether it is always the case that only considering one candidate is desirable. In an opinion written for the organisation Freedom Under Law following the president’s nomination of Justice Mogoeng Chief Justice, Advocates Jeremy Gauntlett, Max du Plessis and Andreas Coutsoudis commented on the JSC’s decision that it was “not permissible or desirable” to call for further nominations. The advocates argued that this approach suggested

“that the JSC has already accepted – even if only at a prima facie level – the President’s nominee, and hence closed its mind (and the process) to alternatives.”

The opinion endorsed the argument of then Gauteng Deputy Judge President Phineas Mojapelo that not inviting further nominations deprived the JSC process of “an important element of legitimacy, that is, public participation at its initial stages.” The advocates argue that, whilst the JSC may not be under a legal obligation to call for further nominations, “there must be a right for political parties consulted to suggest alternative nominees”, and that this would oblige the JSC to interview, or at least consider such nominees in shortlisting the candidates to be interviewed.

The question of whether multiple candidates can be considered is one issue about the process of appointing the new Chief Justice which is unsettled and may become the subject of contestation. There are arguments for and against both positions. Having only one candidate is consistent with the most recent practice and prevents a scenario where the president’s discretion to appoint, and the candidacy of prospective new chief justice, are undermined. Having more than one candidate does have some support from the 1996 practice described, and arguably allows for better decision-making by weighing up the merits of different candidates. This may be an important consideration in light of how complex the position of chief justice has become, and the wide range of qualities which a prospective chief justice ought to have.

Furthermore, if only one candidate is considered, a scenario can be imagined where something about that candidate emerges, say during the interview process, which is so damaging they are no longer considered suitable for appointment. With one candidate, the process would have to begin again. If other candidates were being considered, one of them may still be appointed without the process being restarted.

What process will President Ramaphosa follow when choosing the next Chief Justice?

President Ramaphosa has shown signs of following both types of process so far in his presidency. The appointment of Shamila Batohi as National Director of Public Prosecutions was preceded by interviews of multiple candidates by an advisory panel. However, when in 2019 he appointed Justice Xola Petse as Deputy President of the Supreme Court of Appeal (a procedure which, as described above, is substantially similar to the appointment of the Chief Justice), President Ramaphosa nominated and then appointed only one candidate.

We have seen that, if multiple candidates are to be considered, there are different ways in which this could be done. The JSC could put out a call for additional nominations, and leaders of political parties could be invited to nominate candidates. Whichever approach is taken, one thing must remain constant – any candidate must be subject to in-depth, rigorous scrutiny, to ensure that whoever is eventually appointed is the best chief justice possible for South Africa.