The question of skewed briefing patterns 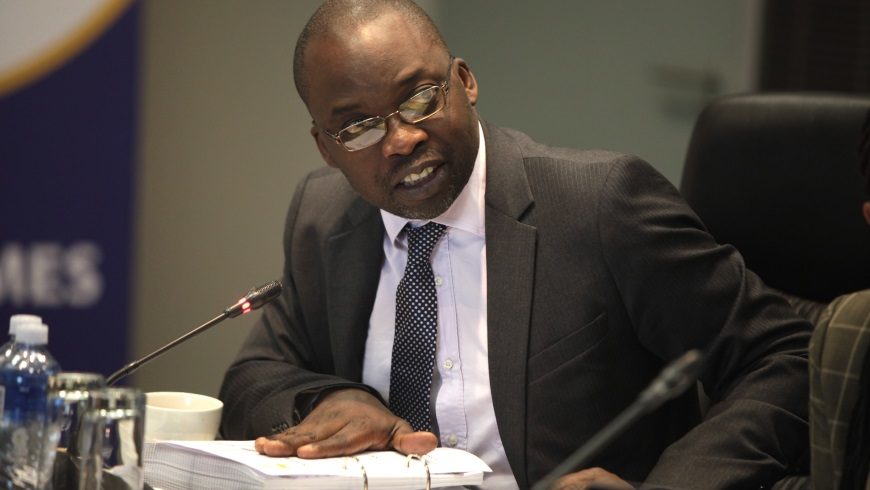 The question of skewed briefing patterns

The Judge President of the Western Cape asked a number of questions in the October 2017 hearings of the JSC. These questions went to what are called the skewed briefing patterns that exist, generally referring to how members of the advocates’ profession obtain work from attorneys.

The issue Mr Papier, of skewed briefing patterns, whereby black people, and African women in particular, are on the receiving end, is it not a form of institutionalised racism if you’d like?

While we are – excuse me, whilst we are talking about skewed briefing patterns, isn’t that a form of racism in the first place?

So what is a skewed briefing pattern? A brief is the name given to a case that is given to an advocate. It is generally accepted that there are better cases and worse ones, as far as gaining experience as an advocate. The most basic cases are unopposed motions, which are cases brought by way of affidavit with no actual witnesses being called, and are generally granted if the paperwork is in order. These are done by junior advocates. Opposed applications are also decided on the papers with no witnesses, but here the advocates get to argue the case.

So a briefing pattern emerges when you look at an advocate’s work. Do they get simpler cases, in which case they have less experience and charge less? Or do they get very complex cases argued in the highest courts, in which case they can charge more? And is that pattern biased in terms of race and gender? It has always been accepted that this is the case, and advocates speak of the consequence of these patterns often in the JSC hearings. The black candidates speak of white men getting better briefs, that is more complex cases, and women will speak of men getting better briefs. Commercial work, and specialized types of commercial work like Intellectual Property Law and Maritime Law, tend to remain the preserve of white male advocates.

We have little data on the problem, but we do have some new data on the attempts within the Department of Justice (DOJ) to remedy the patterns. The State Attorney has to go to court on behalf of the government. When they do that, they frequently brief advocates. We don’t know to what extent, or what percentage of the work of the state is done in house, and what percentage is sent to advocates.

The DOJ have been asked to remedy these skewed briefing patterns, and in figures supplied by the Department of Justice on their website, we can see the results of these efforts.

The statistics are disaggregated in terms of race and gender, and kept by each state attorney’s office. In two instances one office will send advocates to two courts, which accounts for the fact that there are 12 sets of statistics for 14 courts. The statistics in some courts are broken down into four racial groups, white, black, coloured and Indian. However in some courts they are broken down into two, black and white. They are also broken down into two genders, being men and women. In order to produce consistent results, we have used the categories black (encompassing African, Coloured and Indian) and white and men and women.

[Statistics taken from the Department of Justice and Correctional Development, Monthly Statistics on Briefings received by the State Attorney Offices. To see more details, visit the website and download their reports.]

In terms of gender the overall figures are pretty respectable, in that out of 2 110 briefs from the State Attorney from January 2018 to May 2018, 1 061 went to women, which is 42%. This statistic hides less attractive numbers, especially in the smaller courts. Bloemfontein sees only 14% of briefs go to women, while the East London State Attorney’s office, which briefs advocates at the Grahamstown and Bisho courts briefs women 18% of the time.

Mthatha and Polokwane also see significantly lower numbers of women briefed, while in Johannesburg, Pretoria and Cape Town numbers are much more even.

The race breakdown of the briefs is more surprising. Just over 88% of briefs go to black practitioners. Cape Town comes in at just over 86%. These statistics speak only to the briefing patterns of the State. They also only speak to how many briefs an individual advocate receives, but not how much that brief is worth. You may get several briefs, but the work is only worth a few thousand Rand per brief. You may get one brief which is worth hundreds of thousands of Rands. The numbers do however form a baseline and as the data set is added to, we will be able to see clear trends over time.

What does this say about the argument that in general briefing patterns are skewed in favour of white and male practitioners? We do not have solid data for all briefs, and it seems unlikely that we can get it. It would require keeping tabs on the numbers of all briefs handed to all advocates across the country. Unfortunately it is currently not possible to collect this type of data. In some courts, the Judges President have indicated that they want to try and track the advocates who appear in their courts, which would give a snapshot of the cases which come to court. This would of course not necessarily be related to the number of briefs given. Some advocates very seldom appear, doing more work in chambers, while others appear often.

For now, the data provided by the State Attorney is the only window we have into the vexed question of briefing patterns. It seems the Minister of Justice can point to a strong current commitment to brief historically disadvantaged counsel, which is especially useful data to point to when he is being cross examined on the issue in the JSC hearings.