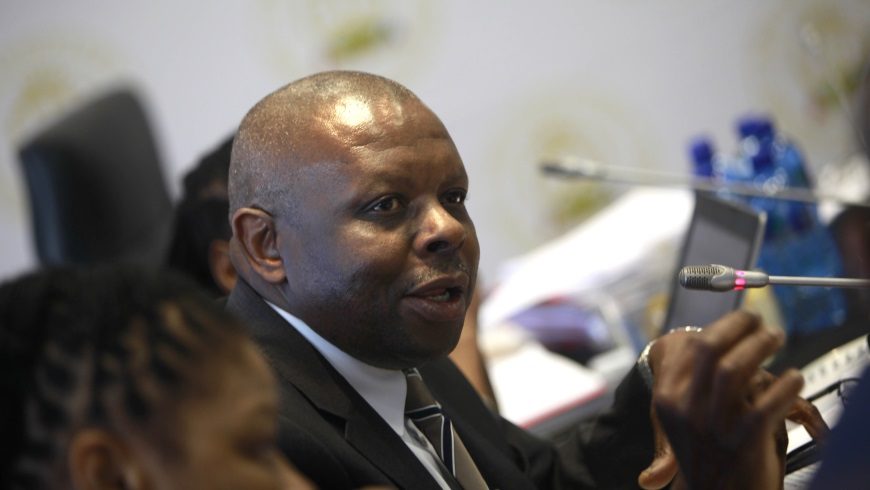 Last week Paul Hoffman SC, the Director and Head of Projects at The Institute for Accountability in Southern Africa (IFAISA), wrote an opinion piece for Daily Maverick titled; The Justice John Hlophe Inquiry Papers: Going nowhere fast.   This piece was originally written by Hoffman in 2008 but in light of the ongoing allegations surrounding Judge Hlophe it is still relevant now.

In this article Hoffman outlines several complaints that have been made against Judge Hlophe over the years. Some going back as far as 2004.

The first complaint Hoffman mentions is one made by the ACDP who: “complained in April 2006 about the receipt of money by Judge Hlophe from the Oasis Group, a purveyor of financial services and frequent litigant in his Court.”

Hoffman highlights one of the ACDP’s original questions in this complaint which is:

“Was any additional income received by the Judge President disclosed by him in his income tax returns?”

Hoffman asks: “In other words, has there been transparency on the part of Judge Hlophe in his dealings with the tax-man? This is an important question, as tax evasion is a crime involving dishonesty. It was also perfectly legitimate for the ACDP to raise it and to expect to have it properly investigated and answered fully. No judge who commits a crime of this nature is competent to continue in office.”

Hoffman further comments that during the JSC enquiry into this matter: “Judge Hlophe has assiduously avoided directly answering the questions asked of him by President Howie and that the latter has been closed down on this line of questioning by an “uncomfortable” Judge President Ngoepe in their discussion during the proceedings on 13 September 2006.”

Hoffman says: “This is unacceptable. The questions asked by President Howie ought, in the public interest, to be properly and fully answered.”

“The so-called “application for tax amnesty” by Judge Hlophe, to which the JSC turned a blind eye, ought to be made public, so that the relevant timeline and nature of the income not timeously declared can be made known… On the available evidence, the question posed by the ACDP is still wide open, which is a most unsatisfactory outcome.”

Hoffman then describes further complaints which implicate Judge Hlophe in various matters and outlines how they were dealt with by the JSC at the time.

As we have seen in July this year Judge President Hlophe is still in the middle of a Judicial Conduct Tribunal that has been dragging on since 2008, after constitutional court judges made a complaint against him.

Yet despite all these various complaints Judge Hlophe is still the Judge President of the Western Cape Division of the High Court. With regards to one of these incidences Hoffman notes:

“Judge Hlophe continues to behave as if the Heads of Court have not found that his allegations of racism have been disproved by the victims of his report. They have so found.

The unfairly accused victims of Judge Hlophe’s baseless racism allegations have never been given any solace, either by the JSC, the Heads of Court or by their false accuser, Judge Hlophe. This in itself is a disgraceful state of affairs, especially as eminent judges and silks are involved. The pusillanimous attitude of the leadership of the Bench leaves much to be desired.”

Hoffman concludes his article by calling on the Judicial Service Commission to uphold its constitutional duty in relation to these matters in the interests of transparency and integrity:

“It is most regrettable that the JSC has hitherto not been better able to discharge its constitutional duty in this matter. It is humbly suggested that the JSC can still redeem itself, by taking a closer look at the record, by reconsidering the patent errors made in its media statements, of which there are more than those set out here, and by correcting the position with a fully reasoned and hopefully unanimous decision which justifies, with reasons, not mere conclusions, either the holding of a proper formal inquiry or the closure of the matter.

Whether or not any possible inquiry leads to an impeachment is not the issue. Openness, transparency and responsiveness to the needs of the people must be served. The independence and integrity of the entire Bench must be upheld.”

Paul Hoffman SC is the Director and Head of Projects at The Institute for Accountability in Southern Africa (IFAISA).