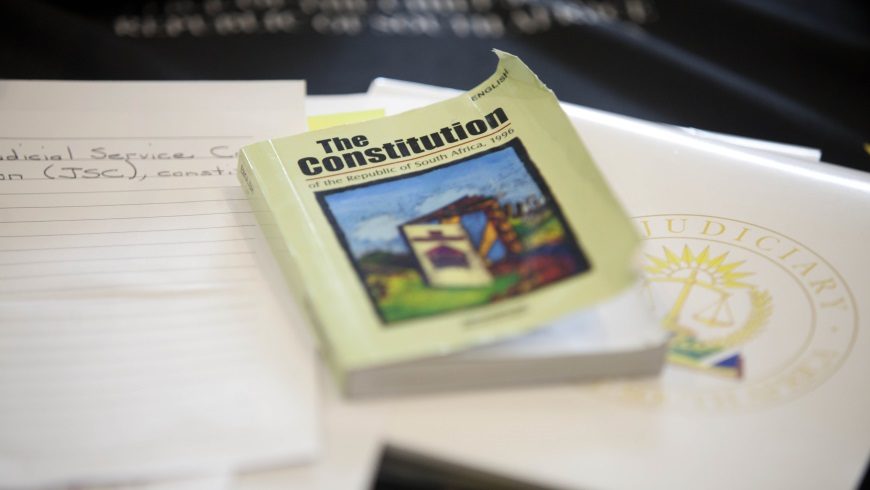 Judges Matter, a civil society project that monitors the appointment of judges, their discipline for misconduct and the governance of the judiciary, welcomes the announcement by President Cyril Ramaphosa that he is inviting public nominations for the position of the next Chief Justice of South Africa.

The President correctly says that according to the Constitution, the Chief Justice is “the head of the judiciary and exercises responsibility over the establishment and monitoring of norms and standards for the exercise of the judicial functions of all courts”. We welcome President Ramaphosa’s recognition that following a more open, democratic process of appointment has a better chance of getting the best candidate for Chief Justice.

Nominations should set out the reasons why the nominee is deemed suitable to be the next Chief Justice, their experience both as a legal practitioner, including any experience as a judge, and as a leader. What qualities should the public look out for in deciding who to nominate?

Considering the important of the position, it is clear a potential Chief Justice must possess a wide range of exceptional qualities and attributes.  They must be an influential leader on several levels, both as the head of the Constitutional Court (the highest court in the country), and the head of the entire judiciary. Not every judge will necessarily meet these standards.

We think that the qualities required for the role of Chief Justice include being an intellectual leader with a good track record of impactful judgments. As the head of the Constitutional Court and that of the judiciary, the Chief Justice must also be a strong institution-builder and a skilled policy maker. The Chief Justice must also be a person of the highest integrity, independently minded and have a demonstrated commitment to democratic values and the human rights enshrined in the Constitution.

The Constitution also requires that the gender and racial composition of the country be considered when any judicial appointment is being made, so this too is likely to feature in the Judicial Services Commission’s public interviews for the position.

We urge people to send their nominations with all supporting documents to angeline@presidency.gov.za and cjnominations@gcis.gov.za by 1 October 2021.

Judges Matter has written extensively about the role and appointment of the Chief Justice. We will continue to closely monitor the process to appoint the next Chief Justice and provide regular commentary and analysis, to help the process be more understandable. All this information is available on our website: www.judgesmatter.co.za and our Facebook and Twitter pages: @WhyJudgesMatter.