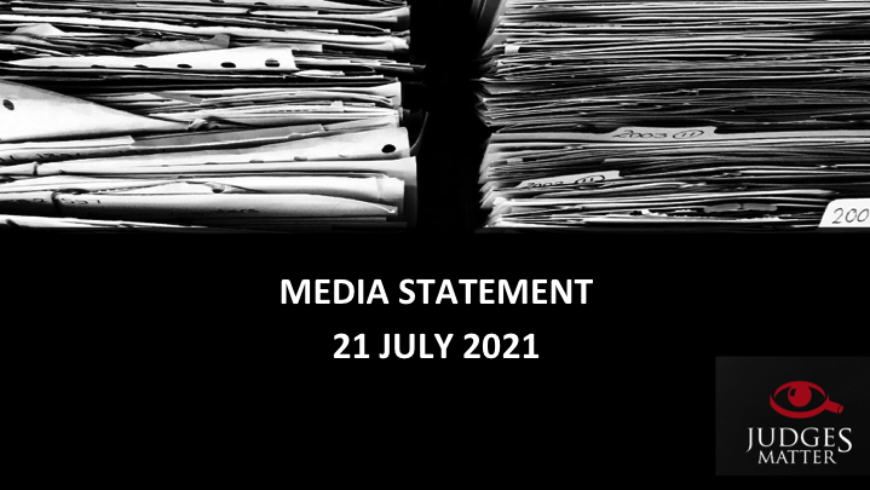 In the last few weeks, the judiciary in South Africa has come under intense scrutiny from the media and the public in general. This is partly as a result of the high-profile cases that have come before the courts in recent weeks. In deciding all these cases, the judiciary as an institution and individual judges have shown robust independence and fearlessness in line with their constitutional mandate. Judges Matter believes that this is yet another moment when South Africa must be proud of its judiciary.

We are however concerned about the unfair criticisms against the judiciary, including threats against the safety of individual judges. These threats have prompted the Office of the Chief Justice to increase security around judges’ homes and court buildings.

The overwhelming majority of South Africa’s over 250 judges and more than 2000 magistrates get on with the job of adjudicating cases without much fanfare and often under difficult conditions. These judicial officers do not call for anyone to file cases in the courts, nor do they initiate cases themselves, but they only decide those cases that litigants have brought forward for adjudication in line with the law and interests of justice.

Of course, judges are not above criticism for their work but such criticism must be based on the facts and the law. It must not venture into wholesale attacks on individual judges and undermining the dignity of the judiciary as an institution. As a judicial watchdog, Judges Matter has been at the forefront of encouraging the close scrutiny of the judiciary, including how judges are appointed, disciplined for misconduct and the governance structures of the judiciary such as the Judicial Service Commission.

Alison Tilley, co-ordinator of Judges Matter adds, “These last few weeks have shown that judges and the judiciary are the thin black line that ultimately can force us to look at our actions, and take responsibility for them. It is shocking that eight of the 11 Constitutional Court judges have had to be provided with additional security at their homes. It is a failure of our understanding of the rule of law. We have simply not understood how the judiciary work. Threatening judges is not going to change anything. They cannot rule differently. We must defend them and implement their orders.”

As an essential service, the judiciary has operated under considerable strain of the lockdown and severe budget cuts. Despite this, judges and magistrates have maintained their reputation for fairness, independence, and impartiality.
Judges Matter calls on all people in South Africa to cherish and nurture these values and protect the judiciary.

Judges Matter is a civil society transparency project and judicial watchdog within the Democratic Governance and Rights Unit at the University of Cape Town. Judges Matter monitors the appointment of judges, their discipline for misconduct and the governance of the judiciary in South Africa. Through research, writing and public advocacy on these issues, Judges Matter increases public awareness and strengthens the Rule of Law. More information is available on www.judgesmatter.co.za