Is there political influence at play in the selection of judges? 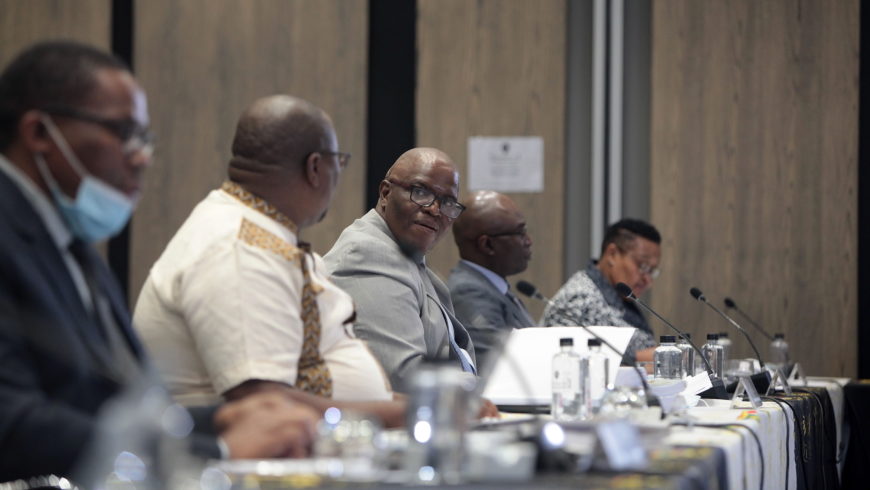 Is there political influence at play in the selection of judges?

From Constitutional provisions it is abundantly clear that the power to appoint judges vests in the President of the Republic of South Africa in consultation with or on the advice of the Judicial Service Commission (the JSC).

The JSC’s process is independent and must be followed without undue influence or pressure from third parties. It is the JSC’s role to advise the President and the national government on topics concerning the judiciary and judicial administration, and to appoint judges to all the superior courts. The JSC also advertises, shortlists and interviews candidates, and then recommends candidates for appointment to the President.

On 11 August 2021, when President Cyril Ramaphosa returned to the Zondo state capture inquiry for the first day of his scheduled two-day testimony, he gave evidence in his capacity both as the then Deputy President and current President of the country.

During this testimony it came to the fore that the minutes from the ANC deployment committee clearly show that the committee discussed appointments to the Constitutional Court, the Supreme Court of Appeal, and a provincial judge president, according to evidence put to the President by Adv Paul Pretorius.

The President insisted that appointments processes have integrity, and that these recommendations from the deployment committee to the members of the party are merely advisory in nature. The President further noted that the ANC’s deployment committee may well have an influence in the appointment of judges, but it does not and should not have the final say in the appointment of judges to the bench.

Does the integrity of JSC appointment process need to be examined?

This issue was again traversed on the second day of his evidence, in which it was asserted that the minutes of the deployment committee show them discussing the candidates for the April 2019 round of appointments in March of that year. Justice Zondo asked the President if this type of discussion did happen, and if it did, should it have happened?

The President sought to put a positive spin on these revelations, suggesting that there was a need for the ruling party to lead on transformation of the judiciary, and that that was the role the deployment committee played. He suggested the practice of lobbying for members of the judiciary is normal, and internationally accepted.

Political influence on the JSC

The JSC is made up of judges, representatives of the legal profession, and members of the National Assembly and the National Council of Provinces. There are 12 politicians on the JSC, and eight of them are members of the ANC. Three politicians are from the opposition, and the fourth is the Premier of the Province in which the appointment is being made. Eight out of nine Premiers are from the ANC. Four of the people on the JSC are directly appointed by the President.

The control of politicians over judicial appointments has long been controversial.

Therefore, in any vote the ANC representatives, or appointees of the ANC President control a total of 13 votes. High court candidates need 13 votes to be appointed. The control of politicians over judicial appointments has long been controversial. It was intended to ensure that the apartheid judiciary be transformed, which it was felt could only be done with a significant representation of politicians.

This was challenged in 2013 by the introduction of a private members bill by the late Dene Smuts, which proposed that there should be more judges and lawyers on the JSC relative to the number of politicians. She said at the time there was inappropriate political influence at play in the selection of judges.

Representatives of Parliament on the JSC being given instructions from the Deployment Committee on judicial appointments, and then voting accordingly, was not the intention of the drafters of the Constitution, and the JSC should indeed be reformed to reduce this influence.

We have written about the need for clear and set criteria for the appointment of judges many times. Read more here: