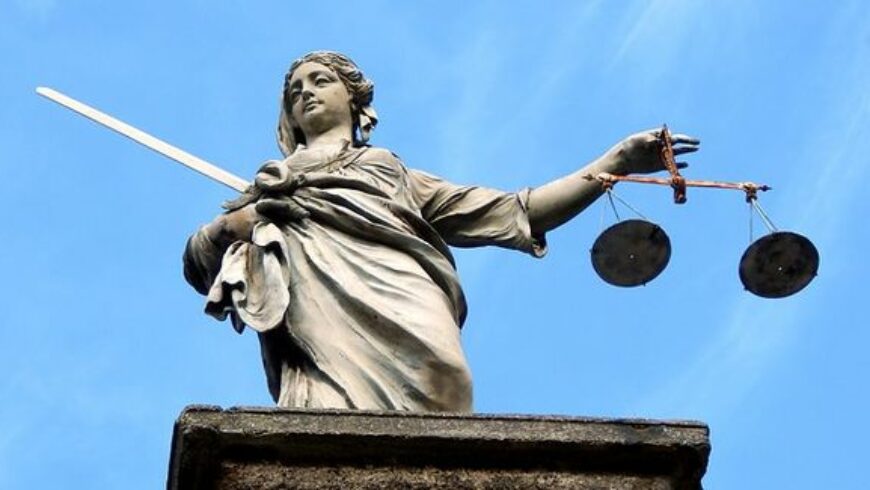 While most judges are appointed to sit as judges of the Superior Courts (the High Court, up to and including the Constitutional Court), a small group has been designated to sit in the Special Tribunal. This is a special court to deal with the consequences of endemic corruption by clawing back stolen public money. Judges Matter takes a deep dive into this new age court.

ABOUT THE SPECIAL TRIBUNAL

Criminal cases arising out of these illegal activities are investigated by the Hawks and prosecuted in the Specialised Commercial Crimes Court by the National Prosecuting Authority (with asset seizures by the Asset Forfeiture Unit).

The status of the Special Tribunal

The Special Tribunal follows the same uniform rules of procedure as the High Court (although it has some rules uniquely applicable to it). However, the procedure of the Special Tribunal is generally more flexible and inquisitorial than the High Court, especially at the pre-trial stage.  This allows the Tribunal to quickly get to the real issues of the dispute and decide the case more efficiently. In SIU v Mazibuko, a complex case involving a senior Eskom executive accused of amassing huge wealth through corruption, Judge Thina Siwendu was able to hand down a final order attaching R11 million worth of assets in less than a year since the case was filed.

One of the unique features of the Special Tribunal is that it does not have ‘general’ jurisdiction (the power and authority to hear cases) which would allow it to deal with all civil cases as the High Court would. Instead, its jurisdiction is limited to only those cases arising out of SIU investigations into corruption, fraud, maladministration or illicit money flows in the government and public administration, including state-owned companies.

The Special Tribunal commonly uses the Case Management procedure. This is where the judge intervenes at an early stage and clears the procedural hurdles caused by lawyers’ antics, ensuring that the case gets to the trial stage as quickly as possible. This has been used to great effect when the Special Tribunal had to deal with cases coming out of the Covid-19 Personal Protective Equipment fraud and corruption scandal.

Judgments of the Special Tribunal are equivalent to judgments of a single judge of the High Court. They may therefore only be appealed to a Full Bench of three judges, or to the Supreme Court of Appeal.

COMPOSITION OF THE SPECIAL TRIBUNAL

Hearings and trials in the Special Tribunal are presided over by judges of the High Court (although, in terms of the SIUST Act, magistrates and senior lawyers may also be appointed).

The current members of the Special Tribunal were appointed by President Ramaphosa on 24 February 2019 for a period of three years, which will terminate in February 2022.

Judges of the Special Tribunal

Judge Mlindelwa Makhanya heads up the Special Tribunal as president and is assisted by 7 other judges who serve as associate members. The current members of the Special Tribunal Judge Lebogang Modiba and Judge Thina Siwendu from Johannesburg, with Pretoria Judge Billy Mothle completing Gauteng High Court contingent. Judge Kate Pillay is based in Durban, while Judge Siraj Desai is based in Cape Town. The remaining members are Eastern Cape Judges David van Zyl and Johannes Eksteen, both based in Gqeberha.

So far, most Special Tribunal trials and hearings have been held in Johannesburg, with Judges Modiba, Siwendu, and Mothle presiding, and only one in Durban where Judge Pillay has presided. Although there are 8 judge-members of the Tribunal, it is curious that the overwhelming majority of cases have been handled by only Judge Modiba.

The Special Tribunal is run by Judge Mlindelwa Makhanya as chairperson and several additional judges. He is assisted by a staff complement including the Registrar and assistant registrars, who oversee the administration of the Tribunal. There’s also a communications director and spokesperson, and secretaries who assist the judges in carrying out their functions.

OPERATIONS OF THE SPECIAL TRIBUNAL

The Special Tribunal is headquartered at the Booysens Court Complex in Johannesburg, where it runs most of its operations. Cases are filed in physical form at the registry office at the court but they may also be filed online on the Caselines system.

Performance of the Special Tribunal

Over the course of twenty years since the enabling legislation was passed, the SIU treated its cases as ordinary civil lawsuits and therefore took them to the High Court in different provinces. However, since its establishment in 2019 most SIU cases now go to the Special Tribunal.

A practical example is useful in illustrating the value of the Special Tribunal to the SIU’s performance. In 2014 the SIU filed a civil lawsuit against architect Minenhle Makhanya for his role in the now-infamous scandal of security upgrades to former President Zuma’s Nkandla home. The case snaked through the High Court for several years until it was ultimately transferred to the Special Tribunal, where it has now reached the trial stage through strict case management by Judge Kate Pillay.

From March 2020 – when the Covid-19 pandemic struck – to December 2020, the SIU instituted in the Special Tribunal 11 civil lawsuits with the value of R259 million. These cases largely relate to unlawfully awarded contracts for Covid-19 personal protective equipment. Within weeks of the SIU concluding its investigation into the infamous Digital Vibes scandal, Judge Lebogang Modiba at the Special Tribunal ordered the freezing of R22 million worth of assets. This scandal involved friends and relatives of Health Minister Dr Zweli Mkhize who were unlawfully awarded a contract worth R150 million for Covid-19 communications. The Tribunal hearing is likely to be in early 2022.

DO JUDGES MATTER AT THE SPECIAL TRIBUNAL?

The serious problem of endemic corruption in government and general society is eating at the foundations of democratic South Africa. The Special Tribunal is a new tool in the arsenal for fighting against corruption. As a new-age court, equipped with state-of-the-art technology, it holds tremendous potential for achieving this mandate. Based on information about its performance (where assets worth hundreds of millions of Rands have been recovered), it is already showing early signs of success. This is no doubt assisted by the high calibre of judges who preside in its cases.

It is concerning that there has been no indication from President Ramaphosa on the extension of the life of the Special Tribunal beyond February 2022 or, better yet, the permanent transfer of its functions as a specialised civil asset recovery section of the High Court. Judges Matter will keep a close watch.